A modern girl wrote me tonight to ask 'Why shouldn't we beauties make our own millions and do philanthropy with our own money? Marrying a man with a billion is an outdated method!'

I wrote her, Dear Girl, You are absolutely RIGHT! It is an ANCIENT method. For thousands of years, peasant girls with beauty became Queens, coasting onto the throne with nothing more than their looks. They married into the royal treasury and then like EVITA, did charitable works.  (She created orphanages). It's a feminine instinct to mother on the large scale when one marries huge money. HADASSAH the Jews call it. The happy wife taking care of all the MISERABLE starving subjects that her husband's great wealth has thrown into landless starvation. 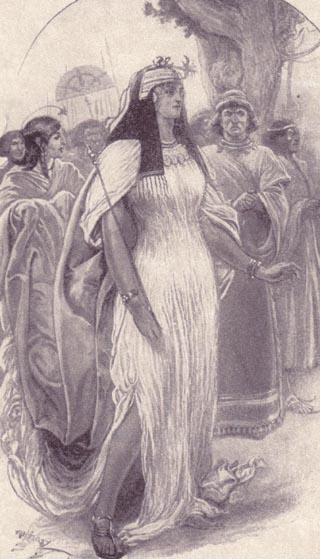 I opened a daycare for the palace workers, a soup kitchen for the beggers in the city, health clinics for the farmers in every city in Persia. You should not have married me Your Majesty. YOU KNEW I was high maintenance!

Beauty in a woman is Like MONEY IN A MAN, said Marilyn Monroe in "Gentlemen Prefer Blondes," Well, Anita Loos, the novelist really said it. Beauty and wealth are the same but the woman has the former, the man the latter. The LUCK IN LOVE METHOD requires that the woman is in her prime and only date billionaires. She will then gets management over enough cash to make a difference. She is YOUNG and vital, able to scoot around the countryside starting orphanages and cottage industries. Unlike her husband, she is not tired out by years being a Tycoon KING. She is not vinegary or tough from years of being a CEO. Or in the case of today's analogue, beauties not SELF INVOLVED like Brittany Spears, Beyonce, MICHELLE PFIEFFER or  CARMEN ELECTRA ----who indeed DO make a few million a year, but in the power struggle, must have gotten all INSECURE about being rich and young and attracting fans, jobs, concerts, audiences and thusly staying on top. SO that they began to feel that these few miserable millions would have to LAST 'em, .....you know, til the gal's 90, take care of her....in which case she won't give any of it away, cuz of a habitual mind set of desperate uncertainty. Cuz BEYONCE AND BRITTANY could certainly create a BARRIO SKID ROW DAYCARE for latch key kids and not even feel it!

OPRAH is one in a BILLION. There is no other female close, so don't make that dream a statistical reality. WE ARE TALKING REALITY REALITY! And hey, I NEVER SAID stop trying to be an OPRAH. I never said quit your broadcasting career or your career passion, I just said don't get obsessive compulsive about something as twitty twitty bang bang as acting, modeling and those lower levels of SHOW BIZ cuz they are undignified! If you don't think so, you watch too many celebrity interview shows. Wannabes get no respect, men mistreat and abuse and use you. It shows low aim. But do TRY TO BE an OPRAH. I LOVE IT. That isn't SHOW BIZ, it's BRAINS AND BROADCASTING. not modelling, dancing, singing or acting!

SO --you buttonhole me at full throttle, "WHY NOT EARN IT ONESELF"? Cuz if we take the average, statistical 200 beauties, out of that control group, I GUARANTEE you, 199 will totally self immolate. That means end up in a double wide trailer with a lot of hot 8 x10's and a bottle of Jim Beam. On days they have a ten dollar bill! ONE out of that group will marry a dentist and have a lot of kids and servants and be a banal bourgeois. I don't see skidrow daycare outta her!

I consider myself one of the first group. Once IQ 180, top Hollywood agent, I starred in my first film, dated billionaires and the first hello when he picked me up was total conversation. I PAID NO ATTENTION TO RICH MEN. I preferred a fag acting coach, then a Colombian guitarist, then a fag casting director then a Spaniard in Mexico (try no alimony, no child support, no social security!) and then a super sophisticated, married two time oscar winning screenwriter, probably secretly bi sexual.  I go into all of them  in the ARTICLE "I GOOFED", I posted the URL right here cuz I'm absolutely brazen in my mea culpa repententence and  desire to STOP even ONE GIRL from going down that HOLLYWOOD road and then running THE OTHER direction as fast as I could to a third world mountain retreat to become barefoot and pregnant by a Spanish Basque with a bad temper. Marlon Brando spotted that tendency in me, told me that I would go down that road beforehand and I COULD NOT STOP MYSELF.

MY WEBSITES/ articles are full of my own forehead pummeling but I put it all into the LOVE TRAINING RUTHLESS RULES OF ROMANCE and at CRAIGS LIST, put up ads that suggest a beauty 'hedge her bets,' at least while she's very gorgeous, that she date her analogue, men who are very rich. After all, as Marilyn Monroe said in "GENTLEMEN PREFER BLONDES, 'Beauty in a woman is like money in a man." Anita Loos wrote that line.

I prescribe to gal students that they not hang with pretty boys, wild thangs. Disco hotties. Stud muffins or Peter Pan Boys who "follow their passion", mountain climbing, baseball, bullfighting, cuz they are just.......LOST BOYS.

FIND the FOUND MEN ---guys who got Straight A's, went to college, got PHD's, became CEO's and earned 40 mil a yr for three dozen years, and today want to marry a very smart, charming,beautiful girl. THEY WORKED HARD, they deserve one...... so why shouldn't it be YOU? Imagine the conversation on that pillow, over those morning coffees!

ARCHAIC? YEAH like all grand and wonderful institutions. ETERNAL, PERPETUAL and somewhat self perpetuating. It's a boy's club. A good ole boys' club. That's just 'how it is'. Yes. I wish you and I lived in STEINEM World where gals become CEO's and make bank, and explore their talents. YOu might say like Martha Stewart or DREW BARRYMORE maybe.... but Martha did it with her publisher hubby's help. (Do you know I HAVE THAT GNOMES BOOK here in my home?). And Drew with her cagy mother FINDING JOHN BARRYMORE and deliberately conceiving under the BARRYMORE banner and name, which JOHN SENIOR had made into a grand name, and then Drew had Spielberg, of course, so in these cases, the BOYS LET these girls  IN!

OPRAH did it on her own, Propelled by rape and rebuilt by a teacher into a twice born woman of depth. GLORIA STEINEM did it on her own, propelled by her mother's tragic insanity, impoverished life and sad demise. We cannot all be so lucky. Oprah and Gloria rose out of agony, it propelled them. I wish I'd had some agony so I'd started earlier. Today at 65, I have PUHLENTY of agony but I'm TOO OLD TO DO ANYTHING world shaking ABOUT IT! I stay at home and run a FREEBIE WEBSITE cuz I have a lotta time to recall that MISS IQ 180 MADE dumb mistakes and now eats out of dumpsters! 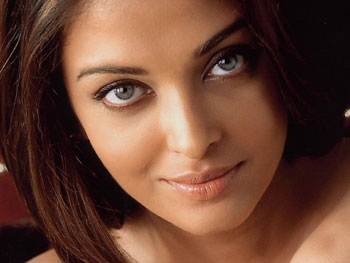 IF YOU ARE A GREAT BEAUTY, GOD MADE YOU, so SERVE GOD by doing what he wants done. BANISHING IGNORANCE and SUFFERING wherever it is. Wave your magic wand. Make sorrow disappear.  I tell young, beautiful girls  that they have a TREASURE in that FACE that GOD gave her, and to use it to be a crowned EMPRESS and not to waste it on show biz. Enough women beautiful like you, marrying billionaires, there would be NO MORE STARVATION, no more 30 thousand babies dying each day. The other benefit is that you could have a really relaxed, meaningful even amusing life! Create Import/Export with third world, philanthropy lasting decades!

So study. You have a fairy godmother who talks to you. Listen to some of the common mistakes beautiful girls make. THE HOLLYWOOD TRUTH. AND "GOOFED" below. Granted, it's only how I goofed. But I was smart so I worry what the rest of .the new generation of beauties will do. http://www.masterjules.net/goofed.htm