ONE FASCIST, RACIST, RIGHT WING POLITICIAN can make budget Cuts that deal Huge blows to the poor;
IT CAN HAPPEN TO YOU! 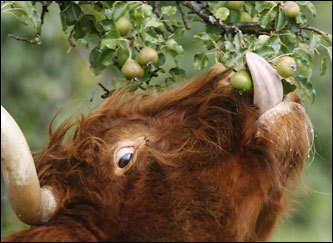 Be very proactive when it comes to electing a governor. Let me tell you about a real Nazi who got hold of my state. Back in the mid 90's, before he got into the bad graces of the KENNEDY FAMILY and MARIA SHRIVER, AHNOLD decided he wanted to freeze funding for local schools, Eliminate CalWorks, the state's main welfare program which trains poor to find jobs. He decided to end all kinds of child care for the poor, School lunches and breakfasts, daycare for working poor, dentisry and at home care for seniors and crippled children. He suddenly was putting it all on the backs of the near starving, near homeless. Isn't that special.

The Nazi Bastard could have put a tax on cigarettes, alcohol, luxury cars. He could have upped house taxes on mansions worth more than 2 million.  He could eliminate all the Big Business subsidies... He could have not given cost of living increases to city politicians.  He could have cut the city council to half. Six can vote as good as twelve. But Ahnold is a bone head with affective disorder. His own subsequent personal history told us that. So exert great caution when it comes time to vote in a Republican Governor. LIBERALS SPEND on the poor and get it back in the near future as jobs, salaries, taxable workers. GOP won't spend and gets it back as a CRIME WAVE from starving people.

Gov. Arnold Schwarzenegger shows the state’s revenue fluctuation at a news conference where he presented his $83.4-billion budget plan.

Reporting from Sacramento-- Proposing a budget that would eliminate the state's welfare-to-work program and most child care for the poor, Gov. Arnold Schwarzenegger on Friday outlined a stark vision of a California that would sharply limit aid to some of its poorest and neediest citizens.

His $83.4-billion plan would also freeze funding for local schools, further cut state workers' pay and take away 60% of state money for local mental health programs. State parks and higher education are among the few areas the governor's proposal would spare.

The proposal, which would not raise taxes, also relies on $3.4 billion in help from Washington — roughly half of what the governor sought earlier this year — to help close a budget gap now estimated at $19.1 billion. Billions more would be saved through accounting moves and fund shifts.

"California no longer has low-hanging fruits," said Schwarzenegger at an afternoon news conference in Sacramento. "I now have no choice but to … call for elimination of some very important programs." 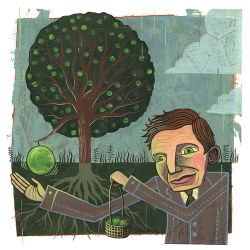 Elimination of CalWorks, the state's main welfare program, would affect 1.3 million people, including about 1 million children. The program, which requires recipients to eventually have jobs, gives families an average $500 a month. Ending those payments would save the state $1.6 billion, the administration said. It would also make California the only state not to offer a welfare-to-work program for low-income families with children.

Lawmakers rejected previous attempts by the governor to eliminate the program. CALIFORNIA IS THE FIRST STATE TO DO THIS. Let's pray Assembly in SACRAMENTO vetoes this one and it not spread to any other state or it's the beginning of the Revolution.

I personally had to go a decade without a dentist or eyeglasses. MED-I-CAL wouldn't spring for them. I couldn't being a senior living alone with high rent. I learned to do massive amts of fresh citrus daily to keep bad teeth from infecting the jaw. And use dollar glasses from the 99c store. So no biggie.Reagan did it worse when he was our GOV. NO DIAGNOSTIC SURGERIES. I needed hole in heart looked at. Never got it, causing me a worse disability.

Our POSTER is ANITA SANDS HERNANDEZ, Los Angeles Writer, ombudsman, Futurist and Astrologer to Yogi Bhajan for 35 years. Catch up with her websites TRUTHS GOV WILL HIDE & NEVER TELL YOU, also The  FUTURE, WHAT'S COMIN' AT YA! FRUGAL LIFE STYLE TIPS,  HOW TO SURVIVE the COMING GREAT DEPRESSION, and Secrets of Nature, HOLISTIC, AFFORDABLE HEALING. Also ARTISANRY FOR EXPORT, EARN EUROS...* No brainier astrologer than this girl. Write Anita  at astrology@earthlink.net and get a 15$ natal horoscope "your money/future life reading" plus a copy of your horoscope as a Gif file graphic! No smarter, more accurate career reading out there! PS. Anita sez, 'get a website for 5$ a month and post articles that YOU LIKE, TOO! Be someone who forwards the action, the evolution. IT IS getting better you know and by getting WORSE FIRST, it gets better!

<====BACK TO THE HOLISTIC GOURMET, BON MARCHE CUISINE, WELFARE COOKERY

<==== BACK TO THE SHOW BUSINESS ARCHIVE, HOW TO BREAK INTO HOLLYWOOD, WRITERS, PRODUCERS, VIDEO DOCUMENTARIANS

<===BACK TO WEB STUFF FOR DUMMIES

<=== PORTAL to 7,000 CLASSROOMS, REPUBLISH ALL FOR FREE or ANY, ATTRACT AD REVENUE