DUMB BEHAVIOR THAT LOSES us our GUYS! 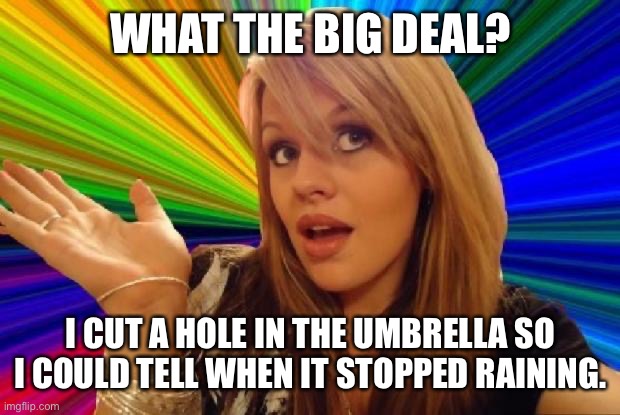 When we think back on what drunken, stupid THING that we did that lost us the relationship with the real snooty mainline, upper crust, careful GUYS, what do we come up with? I'll show you mine...things I'm super ashamed of....which I rue to the max.....but promise me, you show me yours by return e-mail so I can add them to this article. AND not feel like such a perfect FOOL.

I note that really powerful wealthy men have the qualities of JUDGING but not saying a word to you. They do this polite, little SUPER-SCRUTINY, 'gathering' info and  inferring. They have their suspicions and then their polite little questions, testing you. They have a MICROSCOPIC EYE and EAR going for clues, symptoms but always seeking blemishes and when you supply them, oh boy, this is what kills you in his eyes. And like slow poisons, you'll never know what killed you! The relationship just slowly sickens and dies as he's extricating himself limb by limb, invisibly.

THE SUPER RICH MALES have an ego that demands God supply them with perfection! THE GIRL that gets invited into HIS UPPER CLASS HIGH SOCIETY by marriage just has to be perfect. She doesn't have to be a blue blood. Grace Kelly was a contractor's daughter and married royalty. She just has to act like a queen, as Grace did in public. NEVER make a behavior or speech error. It's always SOME LITTLE thing you said or did that you did NOT EVEN NOTICE.....but later you hit your forehead saying, EUREKA! That was it. That was why he never called again. THAT was the second I LOST HIM.

So the obvious rules are:

A.) Do not drink. Not more than one glass of wine to accompany dinner. Even that may put a little too much veritas in speech and that might signify a certain lack of class! So go easy.

B.) ZILCH LOQUACIOUSNESS!- Don't try to be a raconteur at the table, especially if drinking wine. ONE LITTLE too-candid story on your part, -- about your whacked brother who smoked too much pot in grade school and kept pantsing the girls....makes you look like genetic trailer trash.

Or that story on how that same brother later ran away from the Navy and went AWOL with the Taiwan stripper..... HILARIOUS FUNNY STORY, but it should never cross your lips. ERASE your brother's name and Phone from your phone book until you're already married a few years. Then launch him carefully at Thanksgiving dinners if he's sober. If not? You're an only child!

And no way you're telling that story about how your Bro was in the BRIG and then he got out of the navy under mysterious circumstances cuz that posh Park Avenue guy who is laughing at your hilarious, candid stories is really, internally clicking away upstairs, making DEDUCTIONS that your people should have had lobotomies or a vasectomy maybe about two generations BACK and he has decided that he wouldn't let you have his genetic product on a bet!

So unless you want to be a big wet bag of tearful RUE later, shut the trap. BE the MONA LISA. Lips zipped in an enigmatic smile. Now, if you're the master of shutting up about candid stuff, talk. Talk a little -- But only if you can trust your mouth to not run away from you.

And sometimes ya know? It's NOT what you SAY. It's often something ungraceful that you DID. The way you took that cheroot when his pal the banker politely offered it around the table and how you smoked it right there at the table with the other guys and how ya did the INHALE thing like it was grass and they all laughed. Ya know?
THAT did not LOOK ALL THAT GOOD!

IF some pal of his invites you to anything, a party, a ciggie, a glass of something, just say no sweetly. Wait UNTIL your man invites you. If he looks you in the eye and nods, do it. If it's hard booze, sip, don't finish it. And always say 'it's good.' If he watched you down the glass of sherry and ask for another, he'd probably have a little warning light go on ....on his mental dashboard. But you won't do that. WILL YOU?

WHAT faux pas DID I DO ? Myself? My own ungraceful moments? YIPES. This hurts. I discussed bodily functions once, like constipation. OK SHOOT ME NOW! NEVER DISCUSS ANYTHING 'OOKIE!"

And the worst is that Catholic penchant for dumb coming clean, did some of that. Confessions are the worst. GET A PRIEST so you never have to confess anything to that man. Tell your best gal pal. Tell Father Benedictus in a confession booth but NEVER tell the guy anything. NO COMING CLEAN with the target male!

I SORELY regret confessing a one-timer quickie infidelity. I DID NOT HAVE TO DO THAT! I don't mean DO THE DEED, I MEAN CONFESS IT LATER! GAD knows what was in my mind! He never forgave it! Just thought I was a bum thenceforward.

Oh here's one. We dated for years. I always had an entrée, salad, no wine. (That was before I learned about how great some red wines are!) So he never saw me eat anything weird. I would give him the same brief lecture on the nastiness of pasta, how it was just wallpaper paste, produced mucus and colds, how all flour did, I would never eat it at dinner, no pizza, nothing with white flour. Now, I had raging hypoglycemia, and I basically was aware I had to be on PROTEIN and VEGIES for life, NO starch for life but when we traveled, it was a strain .. no sleep, cuz he slept less hours than I did, much tension and I invariably would suddenly go nuts with exhaustion and sugar cravings due to sleeplessness & low blood sugar. But what's worse is after years of chiding him about diet, one day I ordered a hot fudge sundae in the late afternoon out of nowhere, and ate the thing right in front of him. And another trip, in the car, after 100 miles of highway, I just left him at the gas pump, ran into the diner and had a bread pudding with raisins, whipped cream, brandy sauce and black coffee at four pm. As he rarely traveled with me and when he did, I'd get fatigued and he'd see me make these INSANE menu choices....Well, he thought I was a secret binger, had been all this time. He thought that I did the pizza, no flour no pasta lectures out of sheer insanity and he was just seeing the BIG picture for the first time.I lost a lotta cachet right there, lemme tell you.

OK. I got more. My agent George used to be crazy about me, took me to dinner with Harold Robbins, the best selling author and stupid here asks for a doggie bag at dinner's end! My agent screamed at me later about that! He was Harold's agent. I embarassed him.

Then, there's the time I trashed my main boyfriend's other girlfriend. We'd break up, he'd keep company with her, she was a real beast. Oh, did I stumble on nasty gossip on that CORINNE gal and OH did I repeat it to him in an attempt to trash her! And that made me look small. Always praise the OTHER WOMAN for something ..if you know her or know of her. Never say she's a slut. TELLING HIM what a tramp or slut a girl is --- is NOT going to work. It makes you look like a boring backbiting church lady and makes her look fabulously INTERESTING.

Contribute your view on dumb things we do that kills romances and I will 'write it into' this piece and post it ! 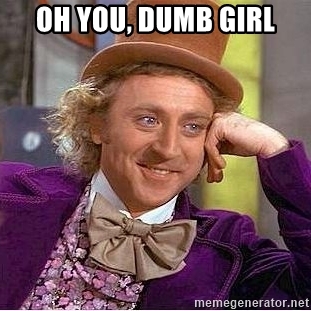 DEAR ANITA: Here is the dumbest thing I ever did and I did it for years til he left me. Don't be like ME & say 'don't talk politics, it is so boring." Be knowledgeable about progressive politics, talk like I was MOTHER JONES, make him switch his vote, DRIVING HIM TO THE POLLS and GIVING speeches at the Young Women's Socialist Society and afterwards giving  him the blow by blow accounting and doing it in a CHANEL suit like I was MERYL STREEP. Now in this case he was a genetic Republican so probably this Union was doomed anyway but he never watched me in the voting booth!"

Our POSTER is ANITA SANDS HERNANDEZ, Los Angeles Writer, Futurist and Astrologer. Catch up with her websites  TRUTHS GOV WILL HIDE & NEVER TELL YOU, also The  FUTURE, WHAT'S COMIN' AT YA! FRUGAL LIFE STYLE TIPS,  HOW TO SURVIVE the COMING GREAT DEPRESSION, and Secrets of Nature, HOLISTIC, AFFORDABLE HEALING. Also ARTISANRY FOR EXPORT, EARN EUROS....* Anita is at astrology@earthlink.net ). Get a 35$ natal horoscope "my money/future life" reading now + copy horoscope as a Gif file graphic! No smarter, more accurate career reading out there!

<====HOW TO TINKER WITH OTHER PEOPLE's BRAINS fpr 100$ the HR. CALL IT TANTRUM YOGA not THERAPY

<=== BACK TO THE SNOOKERED WEBPAGE, HOAXES, THEFTS, BETRAYALS WE HAVE ALL KNOWN but NEVER AGAIN!