THE ENTIRE PLANET'S ECONOMY HAS BEEN RUINED BY THE POST 2001 WAR - 4 Trillion Dollars? New Report Shows Hidden Costs of War 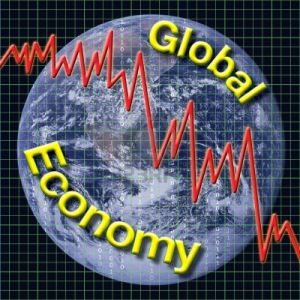 President Obama cited the $1.2 trillion cost of the war in Afghanistan as a reason to bring some of the troops home, but that figure grossly underestimates the actual costs of war, which may already be as high 4 trillion dollars. A new report just published by Brown University's Watson Institute for International Studies measures the categories of cost to make the point that the pay out is miniscule, if there's any at all. The report uses September 11 as a paradigm for cost and return: "Nineteen hijackers plus other al Qaeda plotters spent an estimated $400,000 to $500,000 on the plane attacks that killed 2,995 people and caused $50 billion to $100 billion in economic damages. What followed were three wars in which $50 billion amounts to a rounding error. For every person killed on September 11, another 73 have been killed since." Catherine Lutz, co-director of the study and head of the anthropology department at Brown said "We decided we needed to do this kind of rigorous assessment of what it cost to make those choices to go to war," she said. "Politicians, we assumed, were not going to do that kind of assessment."

The report found that: While we know how many US soldiers have died in the wars (just over 6000), what is startling is what we don’t know about the levels of injury and illness in those who have returned from the wars. New disability claims continue to pour into the VA, with 550,000 just through last fall. Many deaths and injuries among US contractors have not been identified.
*
At least 137,000 civilians have died and more will die in Afghanistan, Iraq, and Pakistan as a result of the fighting at the hands of all parties to the conflict.
*
The armed conflict in Pakistan, which the U.S. helps the Pakistani military fight by funding, equipping and training them, has taken as many lives as the conflict in neighboring Afghanistan.
*
Putting together the conservative numbers of war dead, in uniform and out, brings the total to 225,000.
*
Millions of people have been displaced indefinitely and are living in grossly inadequate conditions. The current number of war refugees and displaced persons -- 7,800,000 -- is equivalent to all of the people of Connecticut and Kentucky fleeing their homes.
*
The wars have been accompanied by erosions in civil liberties at home and human rights violations abroad.
*
The human and economic costs of these wars will continue for decades, some costs not peaking until mid-century. Many of the wars’ costs are invisible to Americans, buried in a variety of budgets, and so have not been counted or assessed. For example, while most people think the Pentagon war appropriations are equivalent to the wars’ budgetary costs, the true numbers are twice that, and the full economic cost of the wars much larger yet. Conservatively estimated, the war bills already paid and obligated to be paid are $3.2 trillion in constant dollars. A more reasonable estimate puts the number at nearly $4 trillion.
*
As with former US wars, the costs of paying for veterans’ care into the future will be a sizable portion of the full costs of the war.
*
The ripple effects on the U.S. economy have also been significant, including job loss and interest rate increases, and those effects have been underappreciated.
*
While it was promised that the US invasions would bring democracy to both countries, Afghanistan and Iraq, both continue to rank low in global rankings of political freedom, with warlords continuing to hold power in Afghanistan with US support, and Iraqi communities more segregated today than before by gender and ethnicity as a result of the war.
*
Serious and compelling alternatives to war were scarcely considered in the aftermath of 9/11 or in the discussion about war against Iraq. Some of those alternatives are still available to the U.S.

<==== BACK TO THE SHOW BUSINESS ARCHIVE, for writers, producers, documentarians

<====HOW TO TINKER WITH OTHER PEOPLE's BRAINS for 100$ the hr, new age cleansing therapy

<==BACK TO THE TRUTH GOV DOES NOT WANT YOU TO FIND OUT, A WEBSITE