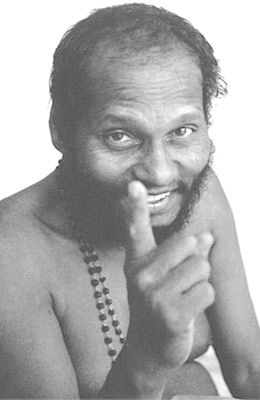 I JUST LOVE your BUBBLEGUM METAPHYSICS page. May I contribute? This is Yogi Baloney, guru to the gurus. Among my devotees I include your Astrology/ progressive politics guru, Anita Sands Hernandez who once gave me an orange. I hit her on the head giving her instant enlightment. Her boyfriend NALA was my cook for thirty years. He remembers a lot of my teachings. He was a great devotee. SURF TO NALA   The guy rocks. He got it!

Of course I see you publish a few other of my devotees, I include Swami Beyondananda and his devotee Beyonda-AgonandaJi. and Yogi Bhajan the most entertaining of all. The whole lot of us are what you might call genuine peaceniks. Mainly because we Sikhs and Hindus don't take war seriously. To the blissful, relaxed mind, war is  part of  Cosmic 'LILA'.  Sanskrit word that translates to 'Cosmic PLAY'. It is the goofing off of the universal One who gets bored with nirvana and samadhi and his million wives and children and all that stuff so one day he must play love and next day he must play war. You play soldier in bomber throwing poison on villages. Or play Vice President telling IQ 80 PRESIDENT to bomb Iraq, where as Dad the IQ 180 president is really writing the script. The other guy plays Saddam looking too much like Joe Stalin. Then you play a convincing IQ 80 PRESIDENT and pretend Saddam gassed people he didn't ever gas anybody even the KURDS according to a N.Y. Times CIA whistleblower, cuz hey, it's all FALSE FLAG all the way. Then, you stop playing as the drama caught hold of you. And you STOP FAST before you shoot all the Arabs or drone them and steal their oil and burn their babies but maybe the IQ 80president DOES ALL THAT as he's a drunk and it gets worse, next the REACTORS in this dream start acting too and pretend to jet down your biggest capitalist buildings. Only 3,000 real souls are in them, burned up. Next, IQ 80 at behest of Dad and the VP invent Homeland Security and scan people in airports. What a joke! It is all play. Who can take it seriously? The shot up dead Arab returns again to Allah. Likewise the burned up Americans simply return to the Holy Trinity, both in the cosmic energy pool and both get in line to be born again like an actor changing masks and costumes for the next Broadway Play. BUT... and this is a big BUTT...IF YOU INCURRED ANY SUFFERING FOR ANYBODY YOU GET THE KARMA. 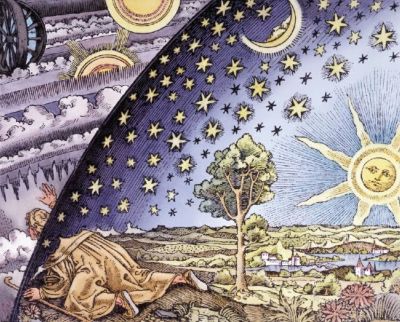 <===WE WHO HAVE STEPPED OUTSIDE THE MAYA FORMS SPOTTED THE KARMA COGS, the MECHANICAL WORKINGS of LIFE in all its FORMS, so Our belief that rebirth and karma are physical laws is MORE THAN JUST A THINKIE STINKIE. The universe actually WATCHES THE SOUL & operates with LAWS to achieve PURIFICATION or TOTAL WISDOM. Balance. Death leaves space for your SOULULAR DNA RECEPTORS to take over, PURGATORY is the WORKSHOP and Karma makes sure you don't repeat the same mistakes.

It's very weird. The starving Arab you killed with a drone gets reborn as capitalist with S.U.V. and the capitalists gets reborn as a camel with worms ridden by a mean Muslim.  So kill all the Arabs you want with your drones. There will be no payoff. Worms up your butt. Yep, It's all a hoot. A big laugh! Oriental mind science of FUN SHEI is the only way to decorate your house or your tautology. The Loose Screw is the happy screw. He gets to fly across time and space and have a most original trip. The screws that are seriously holding the structure together are getting tweaked every second from stress, lack of mobility. Terrible! Obviously not God's way! Tamasic we call it. Inert.

Sattvic or floaty is primary law of universe. Mobility is the will of the Tao, don't you see children? If God wanted you to stay in one place he would not have invented leases, landlords and U-HAUL trucks. Obviously universe is more attuned to loose screws than stuck ones. So let yours fly.

Another law is that there is action and reaction. For what you do, you get the same back worse. You bomb some cameljockey and someone will come and drop the carpetbomber daisies on you one day --- only perhaps at that time, you will believe you are your own grandchildren in another lifetime.

Upshot!? All this war business that is bothering you westerners this week is nothing to get stressed about. Picket if you wish but get real. Let those who want war send their first born. The rest of you laugh and be happy! See you next edition! If you'll hire me as spiritual columnist, that is.

DEAR YOGI BALONEY. Phenomenal--- You're hired! Can you do a weekly column? signed Publisher of E-zine DAILY DISSENT, ARCHIVE of THE SECRETS YOUR GOV WON'T TELL YOU! We also publish a softer page, "NEW AGE BRAINS FORMED HERE>"

PS. An agent from William Morris thinks he can get you in the comedy store and he wants to meet with you. Can you do lunch at the Ivy next week?

OKAY---THIS SEEMS INNOCUOUS ENOUGH RIGHT? BUT a week after I published this I lost my SIKH CLIENTS & WRITING job, got my butt blackballed for this column. Yep, a SAD COMMENT on SOME SERIOUSLY TWEAKED overly TIGHT SCREWS that I know. My entire American Sikh list dropped off. The brass there blocked their server to me. I write for Aquarian Times magazine, owe horoscope work to the publisher and can't get to her as KUNDALINI INTERNATIONAL pulled my plug. Mind you, I have done stars for Yogi Bhajan and his flocks for 35 years. Until he died and I adored him, must have as he never paid me a cent. It was loving SEVA.

They interpreted the word YOGI in the title of this column as a slur on him. Or maybe the word BALONEY. Two Ironies: I had the Swami Beyondanana column in my first issue a few months earlier but found out that there actually is a comedian who does Swami Beyondanada and owns the name, and I musta heard it somewhere and found it in my head and thought it was of my invention. Wrong. so I quickly dropped it.

Second irony.  On YOGI BHAJAN'S birthday in 1970, I gave him a comic strip done by me, Adventures of Yogi Baloney. A bit spicey but He loved it, put it in his gift museum. If I ever figure out how to use a scanner, I'll share the strip with you. They'll give it back fershure.

Our POSTER is ANITA SANDS HERNANDEZ, Los Angeles Writer, Futurist, mother of 4 and career Astrologer. Catch up with her websites  TRUTHS GOV WILL HIDE & NEVER TELL YOU, also The  FUTURE, WHAT'S COMIN' AT YA! FRUGAL LIFE STYLE TIPS,  HOW TO SURVIVE the COMING GREAT DEPRESSION, and Secrets of Nature, HOLISTIC, AFFORDABLE HEALING. Also ARTISANRY FOR EXPORT, EARN EUROS....* Anita is at astrology@earthlink.net ). Get a 35$ natal horoscope "my money/future life" reading now + copy horoscope as a Gif file graphic! No smarter, more accurate reading out there!'

<=== LEARN TO READ THE FUTURE IN A FEW HOURS, READING ONLINE, FREE

<=== BACK TO THE EMPIRE INDEX PAGE

<==== BACK TO THE WALL STREET MELTDOWN WEBSITE,  with SURVIVAL TIPS

<===BACK TO THE CONSPIRACY THEORY WEBPAGE

<==  BACK TO THE WEB TECH FOR NET NEWBIES, a WEBPAGE

<=== HELP THE HOMELESS NOW, SALARY YOURSELF WHILE YOU DO IT --- EZ CHARITY CAREER.

<=== BACK TO THE COLONIAL KITCHEN for your OFF GRID CABIN

<=== BACK TO THE CONVERSATION FOR DUMMIES INDEX

<==== GO Forward to the MASTER JULES MASTERY AND WISDOM

<=== BACK TO THE PORTAL TO THE ENTIRE WEALTH 101 ARCHIVE by Anita Sands Hernandez.
( REPUBLISH any of these 7,000 SEMINARS FREE, or all of them. COMMON CAUSE RIGHTS are yours. ATTRACT AD REVENUE TO YOUR SITE)