Apple growers leaving  fruit on trees this year. COME AND GET IT!
By CAROLYN THOMPSON, Associated Press 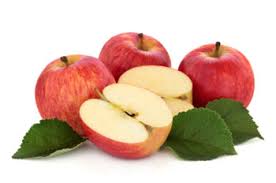 It appears that in many states, New York, Michigan, Pennsylvania, Washington State, farmers had a bumper crop of apples, can't pick them all as farmworker wages are way too high, Mexicans too scarce and apple prices are way too low.  There are online lists of farmers who will let you come in, pay to pick, probably a penny an apple or something, so that you can make and sell apple pies. APPLE JACKS which are EMPANADAS basically.  https://www.pbs.org/food/recipes/old-timey-applejacks/
Booth at farmers' market anyone?I hear NYC and L.A. farmers' markets have pies for 25$ to 35$ each. Find a gal who already has a booth and SUPPLY HER! She gets 30% you get 70%.

I live alone so I must cut and freeze almost every slice of the pie in baggies. I set slice out to thaw an hr, put in toaster oven. good as new! You can make pies one day, dessert every day for a month! HEADLINE: APPLE TIME FOR FRUGAL PEOPLE

Michigan, Wisconsin, Washington State & New York's apple orchards are being carpeted with red as unpicked apples drop to the ground. With the best of the crop off to market, growers say this year it's cheaper to leave leftovers on the trees than to pick and sell them for juice. (Poster's note. Share cost of a tank of gasoline, 3 families, hit the orchards, take huge heavy duty plastic bags, and something you can climb a tree with, offer to help farmers pick the apples,  take a few thousand apples back to town, set up a stand; APPLES 50c each. Juice what you can't sell, give juice parties. APPLE PIE parties. Each one of your gang can make a few dozen pies, freeze them in individual slices. A crispy pie heats up just great. I use baggies, plastic supermarket bags also are fine. share costs of a jar of cinnamon, nutmeg, brown sugar. What a great Autumn ritual!)

While such abundance has happened before, it's a far cry from last year when growers stripped branches bare and collected top dollar. "There wasn't an apple left in western New York last year," said Bruce Kirby, who runs a small orchard in Orleans County. Even the lowly "drops" — apples that fall on their own — were in demand. This year, growers can't give those away. One reason is an abundant crop, not only in New York but in neighboring Pennsylvania and nearby Michigan, which has produced more second-tier fruit than juice and applesauce makers need and driven down market prices. When labor and transportation costs are factored in, selling anything but the cream of the crop for the supermarket can become a losing proposition.

"In some cases it's not worth the bother of picking them off the tree," said Peter Gregg, spokesman for the New York Apple Association.

The difference in prices is the biggest one-year swing some have ever seen. Last year, growers hurt by severe hailstorms were getting an above-average 12-18 cents per pound for processing apples, those sold for sauce and slices. The price is about 5-8 cents this year.

Juice apples, including drops, brought 7 or 8 cents a pound last year, compared with 3 or 4 cents this year, and there are so many of them that juicers aren't even buying drops, Kirby said.

"The market and the prices were very strong last year, stronger than average," said Diane Kurrle, a U.S. Apple Association spokeswoman, "and they're below average this year." Kirby estimates he left 1,000 bushels in his 40-acre orchard. "I would venture to say every single grower who has an orchard in this state left something," he said. It happens all the time in Washington, the only state that produces more apples than New York, said Todd Fryhover, president of the Washington Apple Commission. There, a higher percentage of apples are grown strictly for eating with less attention to processing.

A small percentage of growers in Michigan, the No. 3 apple state, are leaving apples in the fields, with those who grow more for the processing market feeling   the biggest strain, said Apple Committee Executive Director Denise Donohue.

Pennsylvania growers, too, say low prices have hurt, but they still picked almost all of this season's fruit, according to Karen Rodriguez of the state's Apple Marketing Program. Much of it will feed the steady demand of Knouse Foods, a large, grower-owned co-op which produces Lucky Leaf and Musselman products."I don't know of anyone that left apples on the trees," Rodriguez said.

POSTER's NOTE: I said it once but it bears repeating: Google search terms apples + list of farmers + bumper crop, + name of state where you live,  you'll get associations with phones, emails and you can check the orchards near you for PYO, Pick your own. 3$ a bushel is normal but maybe lower now.

The bright side for New York growers, Gregg said, is that the public still has a voracious appetite for the top-dollar fresh apples which make up the majority of the crop.

Poster's Note. You'll definitely get 50c a fruit on those Manhattan corners, or in Seattle and maybe 35c each in Detroit. Ann arbor will pay well. Christmas shoppers might pick up a dozen, so find cute presentations. Clubbers at nite might also buy.  Cash industry and a lot of fun. Then Throw your booth up at a local Farmer's market. Sell Pies. Many cafes will buy five pies a day from you, for weeks on end. Apples keep for six months!

Our POSTER is ANITA SANDS HERNANDEZ, Los Angeles Writer, mother of 4 and career Astrologer. Catch up with her websites  TRUTHS GOV WILL HIDE & NEVER TELL YOU, also The  FUTURE, WHAT'S COMIN' AT YA! & HOW TO SURVIVE the COMING GREAT DEPRESSION, and Secrets of Nature, HOLISTIC, AFFORDABLE HEALING. Also HOW TO LIVE on A NICKLE, The FRUGAL PAGE.* Anita is at astrology@earthlink.net ).
Get a 35$ natal horoscope "my money/future life" reading now + copy horoscope as a Gif file graphic!

<=== SHOW ME THE FIX for AMERICA INDEX PAGE.


<==== BACK TO SUCCESSFUL CASH CROP FILE

<=== BACK TO FRUGAL LIVING TIPS