STREET SALES for the handicrafter

IMAGINE getting 150$ each for these birdhouses
which you can churn out in your garage workshop on weekends. 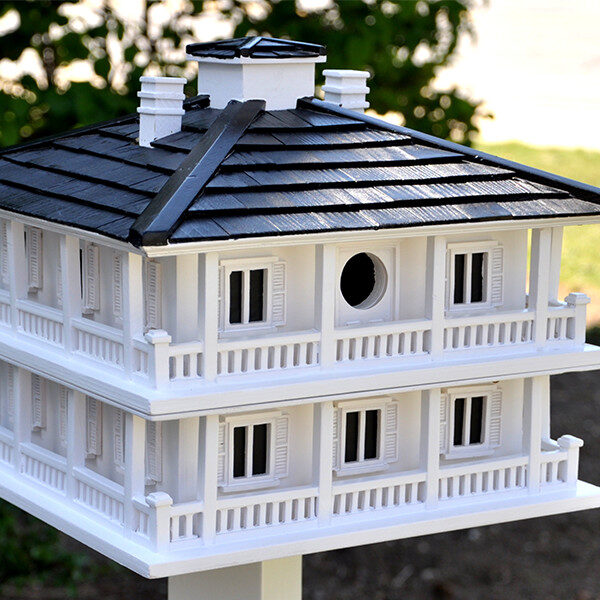 EEK ! MY BUILDING IS GOING CONDO!

Imagine selling on the street, something artistic and classy. Maybe oil canvases, wall art! JACKSON POLLOCK AND WILLEM DE KOONING at times sold their work in the STREET! In the 'VILLAGE'. Some LUCKY NEW YORKERS bought million dollar paintings for ten bucks! Somewhere in NYC old apartments, closets, attics are filled with treasures!  BASQUIATS, TOO! Read:

"One balmy spring day in 1931, in the heart of the Depression, the
Washington Square Outdoor Art Exhibit Web site relates, Jackson
Pollock, in dire financial straits and facing imminent eviction,
schlepped some of his paintings down the stairs of his Greenwich
Village apartment/studio and set them up on the sidewalk near
Washington Square Park. He was joined by his equally desperate friend
and fellow Villager Willem de Kooning. The Uptown art establishment
took notice of the Downtown outsiders, and shortly thereafter,
Gertrude Vanderbilt Whitney, founder of the Whitney Museum, and Alfred
H. Barr, Jr., director of the Museum of Modern Art, organized the
first art show that evolved into the twice-yearly Washington Square
Outdoor Art Exhibit, which takes place Memorial Day weekend and the
weekend following, and Labor Day weekend and the subsequent.

This spring marks the art exhibits 79th year and 159th show. The new
executive director, John Morehouse, who took the helm last January and
has two shows under his belt, is hoping to inject an infusion of youth
and vigor into the long-running outdoor exhibit.

In its 1960s heyday, 1,200 artists participated in the event; in the
fall 2009 show there were 100. Morehouse explained that back in the
day, there weren't many outdoor art shows or indoor galleries, the
show was open to all and had a no-censorship policy - except for what
was deemed objectionable, including nudity. In the 1970s, standards
were imposed; works are now juried by artists, via submission of
slides or digital images - and a $20 first-time jury fee. Nudity is
permissible, and the show opened up to include photography and crafts,
provided each craft piece is one of a kind and handmade.

"We want our show to be quality as much as we can control it,"
Morehouse said. "We consider ourselves a family show - no pornography,
cruelty or disrespect of people's religion."

Another explanation for the decline in exhibitors, Morehouse offered,
is that the art community has spread out across the country.

"Maybe in the 1930s, this is where you had to be. It's where museums
were buying. There were no other shows," he said. "It got very strong
in the 50s to the end of the 60s. It has had its ups and downs. We
hope we're starting to climb again.

Formerly, most of the artists were local, primarily from Greenwich
Village and across the Brooklyn Bridge. Nowadays, only about
one-quarter are from the Village area. The majority come from the
Eastern Seaboard and are circuit artists; that is, they make their
living traveling from show to show. Because of the recession and high
travel costs, their number is down. But in last fall's show, there
were about half a dozen more local artists, noted Morehouse.

In 2009, the board introduced prizes for abstract and contemporary
art, replacing the catchall acrylic-and-oils category. Morehouse is
also approaching art schools and shows, pleading with them to give
young artists exposure. For the spring show, the Art Students League
will sponsor four new artists in one booth after a competition to
choose them. (Except for nonprofit teaching entities, the standard
requirement is one artist/artisan per booth.) The school will pay the
exhibit fee, which is $300 for the three-day Memorial Weekend and $250
for the second two-day weekend, or $425 for all five days.

"The time isn't bad for that because the galleries are hard pressed
and many are closing or cutting back," Morehouse said. "Those that
don't have galleries will have to wait awhile to get them."

Sharon L. Butler, who wrote a detailed history of the art exhibit for
the September 2009 Brooklyn Rail and has a blog, Two Coats of Paint,
participated in the most recent fall show. However, she asserted that
the art shows down south and even in Des Moines, Iowa, are much more
interesting than in New York.

"Here, they are outsider artists and self-taught, or have taken some
classes at art centers or with private teachers, are retired and not
career artists," Butler said in a telephone interview.

"They make art that will appeal to the greatest number of people
rather than pursuing their own unique vision. The guy next to me had
stuff in every style. "You like abstract expressionism, here it is.
You like still life, it's here. Tourist pictures, got it It's gone
from a place where avant-garde artists showed their work, to much more
commercial artists," explained Butler, who is an M.F.A.-trained
abstract artist.

Butler observed the marked difference in aesthetics and tastes in New
York and elsewhere.

"The people who go to the exhibit are naive in terms of art. It's a
tourist attraction. They want to buy pictures of the Washington Square
Arch. They are different from the New York gallery-going public," she
said.

Morehouse countered that the outdoor art exhibit has a great clientele
from around the world.

"Who knows what they want?" he said. "Sure, many want to buy paintings
of New York City. But we have six or seven abstract artists, like
Butler, Ben Georgia and Atsuko Okamoto, who won the prize for abstract
art."

Also, the show has always been very physically demanding, said East
Village painter Patricia Melvin, who exhibited on and off for more
than 20 years, the last time in 1992. There are no provisions for
people to park, and artists have to figure out how to grab a spot
where they are allocated to set up, a nightmare, she recalled.

"Some go out at 6 a.m. and hope to get a spot near their setup even
though the show doesn't start till noon," Melvin noted. "And you have
to set up and take down every day. It's backbreaking."

Morehouse stated that he would love to find a place for artists to
store their work, but it would be cost prohibitive. As for parking, he
said, "The police used to give out a no-hit plaque, but not anymore
because people were counterfeiting them. I have police in my family,
so I have connections. I made a show ID for parking purposes and it's
worked. In the last two shows the only tickets were to people who
foolishly parked in the middle of bus stops or obstructed a fire
hydrant," he noted.

Members of the exhibit's board of directors, mostly Villagers who are
nonartists, contribute money for the prizes; at one time, the show was
wealthy and had many sponsors, but that has mostly dried up. When
people complain to him about the high exhibit fees, Morehouse
responds, "When this show was $25, gasoline was 25 cents."

A retired textile executive, Morehouse is the event's only paid
employee, and he works part time. He is also chairperson of the
Salmagundi Library at the historic Salmagundi Club, at 47 Fifth Ave.
at Ninth St., a longtime sponsor of the exhibit, where the art is
juried and where this interview took place. He explained that the
show's expenses are almost $20,000 annually, which covers advertising,
publicity, promotion and free program guides. The organization pays 20
percent of the gross booth fees to the city, half in advance and the
balance after. In addition, they pay several thousand dollars to New
York University for liability insurance, and they keep asking for
more, noted Morehouse.

Even though the city owns the sidewalks, N.Y.U. is responsible for
everything that happens in front of their buildings: for example, if
an onlooker trips on the sidewalk, or a tent collapses on someone.

Google the search terms 'street sales' artisanry, and your city's name.
Find your marketing niche and set up your stall!

Our POSTER is ANITA SANDS HERNANDEZ, Los Angeles Writer, Futurist , mother of 4 and career  Astrologer. Catch up with her websites  TRUTHS GOV WILL HIDE & NEVER TELL YOU, also The  FUTURE, WHAT'S COMIN' AT YA! FRUGAL LIFE STYLE TIPS,  HOW TO SURVIVE the COMING GREAT DEPRESSION, and Secrets of Nature, HOLISTIC, AFFORDABLE HEALING. Also ARTISANRY FOR EXPORT, EARN EUROS....* Anita is at astrology@earthlink.net ). Get a 15$ natal horoscope "my money/future life" reading now + copy horoscope as a Gif file graphic! No smarter, more accurate career reading out there!

<=== BACK TO HOT IDEAS FOR MERCHANDISE / DESIGNS

<==== BACK TO THE SHOW BUSINESS  ARCHIVE for screenwriters, producers, documentarians in any city or country

<====HOW TO TINKER WITH OTHER PEOPLE's BRAINS for huge $. No lic/or degree, just call it "TANTRUM YOGA"

<=== BACK TO "HOW TO MARRY A BILLIONAIRE, SAVE THE WORLD"