MANDATED FAMINE THE LAW OF THE LAND! FOOD FACISM! 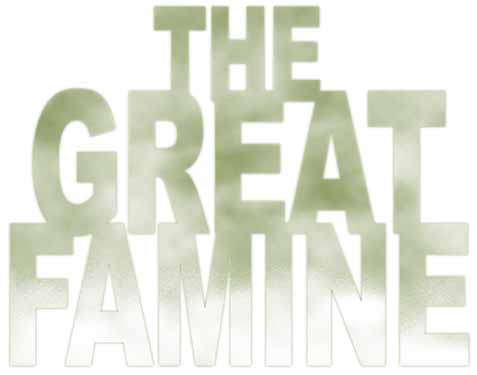 MONSANTO flunkies in Congress got Rep De lauro's  HR 2749 through the House, not senate. retooled and came back with S. 510, the Food Safety Modernization Act -- coming up his week in CONGRESS, reputedly a disaster on wheels for American farmers and consumers.

After returning from spring break, Congress is ready to focus on an issue of national importance that has been pushed aside by other legislation like health care and economic recovery plans: food safety.

The Food and Drug Administration Food Safety Modernization Act will be debated by the full U.S. Senate as early as next week, Sen. Dick Durbin, D-Ill., said  Sunday.

Durbin spoke at a Northwest Side Chicago grocery store alongside victims of toxic, food-generated  illnesses. A real propaganda conference. The modernization act amends the Federal Food, Drug and Cosmetic Act to enhance food safety in the United States. It expands the authority of the Secretary of Health and Human Services to regulate food and suspend food facilities that do not meet safety regulations. It builds employees in the FDA and puts farmers on probation as well as adding huge production costs, so they'll lose their farms to agribusiness.

S. 510, was introduced in March 2009. Its companion bill, H.R. 2749, passed the House in July 2009, but has been awaiting Senate approval ever since. Last month, Rep. Rosa DeLauro, D-Conn., chairman of the House Agriculture Appropriations Subcommittee, said Congress is ready to focus on S. 510 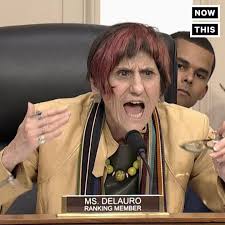 Last year only the House of Representatives passed the Food Fascism Act, called a food safety act, by a scary margin of  140.  Rosa DeLauro spoke of things she knows nothing about and couldn't care less; Rosa Delauro just loves her Monsanto GM SEEDS ---sole reason being that her hubby works for MONSANTO. The small print had lots of SEED PROTECTION LAWS which mean farmers can be sued if wind blows pollen over their crops. Any way you can break farmers is good, according to agribusiness. Just hand over that family farm when we suit you, mister farmer man.

Montana Senator Jon Tester introduced a bill that would exempt small food processors with adjusted gross income of under $500,000 and farms that sell at farmers' markets. It hasn't been adopted yet. Let's see if they do.

The newly revised bill the 510...which btw appeared overnight after the original 410 was defeated July  2009, now includes all those little farms that we were told would not be affected by this legislation. Of course, those big agri-corporations will make out like bandits. Biopiracy is going to have a profitable future thanks to the political whores in congress we call our representatives. In fact, the labors of farmers are so increased, tracking trees a given apple came from, that their costs go way up. Meanwhile "food imported from other countries does not need to be grown under the same regulations. Many countries like China, Chile and Argentina have very few regulations related to food safety, environment and labor. But the United States allows these foreign products and raw produce to be imported and sold on store shelves right next to foods produced right here. The imported foods can be sold a lower prices than foods produced here. That prices our local farmers out of the market. So it's like the 1814 CORN LAWS (protectionist for English farmers,) in reverse. Everybody can come to our shore. Our own farmers will go down the drain and guess what? The AGRI BUSINESSES will pick up the best farms across America like so much broken crockery. At bottom dollar.

So this is it basically; The entire HR 2749 bill was completely wiped and replaced with an amendment that was the text of another bill 510 similar to, but far more lethal than, the first. The original bill did only two things: it seized control of food production and supply and then handed it over to the FDA and big agri-corporations. "The way it’s written, it essentially gives the FDA the ability to go into any farm and tell farmers how to run it, which is inappropriate," said a consumer's organization. The remaining content of the bill is a primer on enforcement, meaning all the powers they have granted themselves to prevent you from claiming Constitutional protections, and enabling them to violate your rights on multiple levels ' all in the name of 'food safety.'

There is NOTHING in this bill that will address, prevent or otherwise affect the safety of food. It is federal encroachment that will be extended to the states with the cooperation of state officials. This bill did nothing but establish a police agency, granting it massive and uncontrolled enforcement capabilities, allowing it to make up even more rules to benefit its corporate sponsors, as it deems best.

Oh! And did I mention this will be done by expanding the FDA? The FDA for god's sake! The guys who gave us thalidomide?

A November 2007 report entitled, 'FDA Science and Mission at Risk' was a scathing review of the not only the inadequacies of FDA, but the fact that it in no way can assure the safety of food in the United States.

That report cited the massive failure of FDA to perform even its basic functions, going on to declare the agency's problems were the result of corporate influence and funding. It should have been declared defunct right then and there, but of course the lobbyists who stalk the hallways of Congress on behalf bio-pirates and other parasitic corporations just wouldn't hear of such a thing. It wasn't just the House that sold consumers/farmers out. And we now have to live in fear of the Senate joining them.

<=== BACK TO THE CITY LOT FARMER'S GARDEN INDEX

<== BACK TO THE WEBTECH FOR NEWBIES WEBPAGE

<=== BACK TO THE COLONIAL KITCHEN all DIY


<=== BACK TO THE TRUTH ABOUT OLIGARCHS

GOOGLE THIS STORY to FIND OUT HOW your REPS VOTED, WHO VOTED which way AND VOTE 'EM OUT! anybody know how we do that?