HOW TO KILL YOUR EGO by anita sands hernandez

"WHY WOULD I WANT TO KILL IT? IT GOT ME WHERE I AM TODAY?"
"YEAH. HATED, DESPISED. SELFISH, BORING & USELESS TO HUMANITY!"

If you want to reach a state of bliss, then go beyond your ego and the internal dialogue. Make a decision to relinquish the need to control, the need to be approved, and the need to judge. Those are the three things the ego is doing all the time. It's very important to be aware of them every time they come up.
Deepak Chopra Quote

THE GAME or AGENDA OF THE ORDINARY MIND is  TO GET TWO THINGS endless money and endless love.  Is that banal or what? Yep! Those two things make all women and men go nuts, said Ramakrishna, the great l9th century Hindu Mystic: the desire for gold and the desire for the opposite sex. Stargazers/ astrologers/palmreaders fortunetellers find that l00% of their clientele coming in thru the door is folks who have questions on love or money. Nobody comes in asking 'how do I save the starving people of the Congo from killing one another? Can I start an import/export business there?" Never happened.

Folks who want gold and sex will fork 25$ the hour over to hear when it's coming. They don't want or intend to create love out in the world, or create wealth out in the world for others. They are woven of SELFISH STRING. It's all about getting heaps of money and sex for themselves. And sometimes they mix the two together, and want a very hot, WEALTHY MATE. A kind of all in one. Watching this phenomenon in the most beautiful women in my town, Hollywood, I decided to go with the flow and do a website that would give them four seminars on this theme:  the first is "HOW TO MARRY A BILLIONAIRE."  The second is How to BE EXACTLY WHAT A BILLIONAIRE WOULD WANT TO MARRY and the THIRD is What to do after you get your hands on his billions. And the fourth is 'HOW TO BE A GODDESS" and keep him as a SMITTEN husband.

All four seminars absolutely stipulate that you can't have a smidgen of EGO at any stage of the Safari. Ego comes from the ordinary banal mind (meaning what you do by habit, routine or choice, before you're shown who'd driving the car,) and THAT MIND is out to ruin your life. To prevent your achieving goals. To make you look petty and venal to people you care about so that they flee from you. That ego will destroy the movie plot of your life. Ruin you. Rack you up. As the master Jules said, 'your ego's out to do one thing: kill you.' And how it does its work is by YOUR letting it and you only LET IT because there is some degree of self pity in you.

Maybe you got a sore deal, in your view. Or you weren't in line the day beauty
was passed out. or didn't have rich parents or you are the wrong race or color.
So you let your mind convince you that you deserve some special plate full
of goodies, whatever it is a rich mate, fame, or many lovers or food or
sex, wine, booze, drugs...

Those interruptions to the intelligence cause you to lose your way, get other worse habits, a six pack riding along with the first hole in your mind which is that sense of "entitlement." Soon years have passed, you never did the main things, or if you did, you did them poorly. You're half asleep aging, diseased, plain 'out of steam.'

How is it that a MONK wakes at cock's crow, though it be dark, bathes with cold water, waking him real well better than coffee, he prays to God to do that day God's will, His mission. To be the glove on God's hand.

I probably shouldn't capitilize the word God as there's no separation between mortal man and God when you're really cookin' and that monk is cooking. NO GAL waiting for him to call. NO HOT BLACK coffee that will let him down at lunchtime so he has
to repeat a dose. and crave it at four pm too. No hot date with a chick. Just the PC and a planet to reform. A mission, an online mission. And No sense of entitlement 'hey I deserve this coffee, this pastry, this lucious gal.'

That monk goes and makes the pretzels or the wine or the champagne, whatever that monastery makes. (NOTORIOUSLY NOT HEALTHFOODS, jeez i hope some
monasteries start making tofurky or sugar free fudge made with dates and melted chocolate  I have that recipe in a file... There I go. My ego is feeling entitled to sweets!

So the world is burning itself out feeling entitled to another reefer, a hot chick, another sour mash bourbon. Or pot of fudge.

Once one has known sour mash bourbon can one return to the main highway and get back to one's work? After years of sour mash or sugar laden, pancreas-shocking fudge or hot chicks, one has created a kind of warp, a BENT, a leaning. a tilt, a kenning. a fiending..... You tell me, the answer to that. What can work against these drives?
GROUP WORK? A SHRINK? YOGA CLASS to build the power part of you enuf not to dial the phone for the next sour mash hot guy or if you're a guy that alluring, available hot fudge beauty?

YOGA and a commitment to healthfoods were the only 2 things that I found in my life that worked AGAINST my desire nature, would build power, energy....but the more I did yoga and ate healthfoods, the better I looked, the more the rich, married screenwriter was after me and the deeper I got into my addiction to him. So doing yoga and healthfoods to get free of a hot lover ...was an endless mobius loop.

TO finish my argument, may I suggest that when you GIVE UP THE INTERNAL dialogue with your own brain, the yammer over your drama, your interests, issues, desires, and once you can truly GO BEYOND MIND and go out into seeing the world, the people, the person with you, and being interested in them, and researching what they saw, knew, experienced you are ON an odyssey after TRUTH --- You DO GET OUT OF YOUR HEAD. YOU DO become informed, enlightened. What's more, you are interesting. If you ever were with someone who were somehow DIFFERENT from ordinary banal people, be certain of this, they are not about EGO or mind yammer or desire centered. They have spent years being OUT THERE...not IN HERE.  Start that habit, yourself.

SOME QUOTES ABOUT THE AMAZING HOLD OF THE EGO ON US

"Whenever a Western seeker reaches to an understanding that ego is the problem, he can easily dissolve it, more easily than any Eastern seeker. " Osho 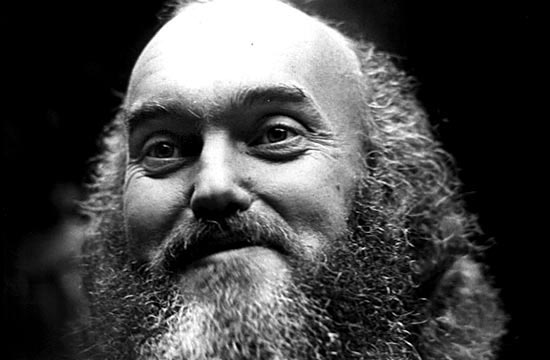 The nice thing about egotists is that they don't talk about other people.
Lucille S. Harper
***
Egotist: a person more interested in himself than in me.
funny Ambrose Bierce
***
Bryant Gumbel's ego has applied for statehood. And if it's accepted, it will be the fifth-largest.
Willard Scott
***
People hate me because I am a multifaceted, talented, wealthy, internationally famous genius.
Jerry Lewis
***
Every morning when I wake up, I experience an exquisite joy  the joy of being Salvador Dalí  and I ask myself in rapture: What wonderful things this Salvador Dalí is going to accomplish today?
Salvador Dalí
***
I like the moment when I break a man's ego.
Bobby Fischer
***
I find myself fascinating.
Milan Kundera
***
Egotism - usually just a case of mistaken nonentity.
Barbara Stanwyck
***
I have always been a huge admirer of my own work. I'm one of the funniest and most entertaining writers I know.
Mel Brooks
***
An egotist is a self-made man who worships his creator.
John Bright
***
Conceit is thinking you're great; egotism is knowing it.
Bobby Darin
***
An ego that can crack crystal at a distance of twenty feet. (on Russian poet Yevgeny Yevtushenko)
John Cheever
***
When I look at myself, I am so beautiful I scream with joy!
Maria Montez
***
Ego is to the true self what a flashlight is to a spotlight.
John Bradshaw

<===BACK TO THE NEWAGE INDEX PAGE, or HOW TO BE MAGIC

<=== BACK TO HOW TO MARRY A BILLIONAIRE