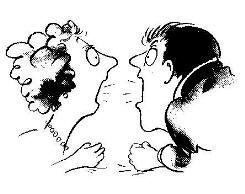 The War between the sexes.
or HOW MALE Violence toward women starts.

I have a theory on this. Only a miracle can save man and woman from being like gunpowder and gasoline. Sex and romance spell doom for the passionate woman. SUPER DOOM is what is known as the Grand Passion. It will just get the gal beat up bad, every time.

If we were scientists, masters of the abstract and could sum it up in formula of simple cause and effect, we could map and predict. X passion times Y equals disaster. If we were biologists we could measure the exact milligrams of sex hormones in the female creating SORROW, GRIEF, NEED and UNMET NEEDS resulting in her LIPPING OFF all the time and a similar spurting of ten times the milligrams amount of rage hormones in the male.

If we were mathematicians we could summarize the movement of atoms in algebra and plot trajectories in calculus and predict A and B will land at point Z. If we were astronomers, we could interpret the man woman dance as the interplay of darkness and light, black holes pulling atoms to their nemesis, every time.

Not that literature can't sum it up. Some Romantic era poet in Byron's time said it best, "To man the shop, the court the mart -- to woman to love and love again and by love be undone."

What the romantic poet called 'LOVE UNDONE', I call getting a black eye repeatedly from your spouse.

Luckily we have modern day scientists who see it better. Violence toward woman by man is endemic and sociologists know it. Man's hate for the critter he loves best is summed up by a comedian. "If they didn't have a pussy, there'd be a bounty on them.' That such foul moods are the toxic byproduct of man and woman loving mystifies even the psychologists who plainly see that intra-sex violence is endemic. Some human waste product needs to be collected and composted and buried or dealt with as leakage of fumes has created economic precariousness in  society. The stench has led to caregiving females and offspring both abandoned, children left behind insane -- causing societal chaos and evolutionary decline and no DPSS can pick up those pieces!

However, it's all very simple to remedy. Women just need to grab hold of the romantic reins again (although invisibly,) and keep their man on a sexual string, which they control on hidden levels. The man must  eternally be off balance. Not the woman. 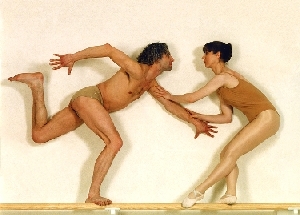 You and I know that women don't want to hold any such string. Women enjoy their man being in control. Girls get a sexual kick out of their own subservience. Jung's student said only in sexual surrender was there an orgasm for women. Women aren't wired to like men who are weak. They are wired to like being weak and soft, plasticine and helpless, themselves and wired to like men who are potent and rich and can indulge their girlish whims.

With the romance game rigged as it is, girls should be carefully informed and instructed by their Aunties that they were built by nature to stand too damn close to the edge of the ole "hot romance cliff".  Here, they will inevitably find themselves on a dangerously slippery footing where they and the babies can easily slide off into an abyss. The entire SLIDE zone has never been mapped, 'til now. Get out your pencils gals and mark this passion zone in your book.  Wondering where he is, fears and tears, crawling up his leg like a cocker spaniel when he comes in, becoming untethered, if he doesn't call, unreasonable fears that he's wooing another girl, all symptoms you're in the militarized zone already. 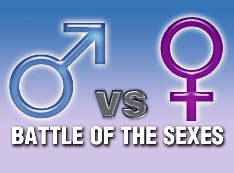 These feverish conditions are part of a sexually created yin /yang dance which triggers insanity and ungraceful behavior in the woman. She becomes attached and disgusting. She may indeed be right about one thing. He may already be cooling. There's this Madonna Whore complex in all guys. The breakfast hangover at the mental pictures of the night before. Invariably, guilt leads to downscaling reverence for woman, that to violence and men seeking release from being addicted to her by looking elsewhere if not actually cheating, then women getting into the Cop-after-the-crook infidelity vice cop consciousness and finally engineering a total loss of face for the man.

She can find a new guy and he can find a new gal but with any new, hot romance, this cycle repeats. I can see why the elders chose to defuse the fireworks with marriages built forever, no way out for either, as then women don't grab daggers when hubby cheats. The elders also arranged marriages where couples had never met as women who aren't mad about the guy don't scream when hubby isn't home by midnight. And men who aren't mad about the wench don't feel dirty the next morning in their own home.

Passion pops the screws out of our heads. Passion is so much more animalistic than anything or anyone civilized can handle. Getting into a passionate romance or marriage liberates a beast from the cave, in both man and woman and inspires a violent cycle of ids on the prowl as some demented war strategy of game playing and rage.

WOMAN supposedly "starts the cycle off" by being desirable. Just as the most reactive, unsophisticated Moslem men allege that she does, by dressing provocatively and showing off her beauty. Man falls into an instant fascination and lust. Poor guy. He can't help it. But now, Woman succumbs, believing a fellow's hots to be enough to start a fantastic, loving romance on. She of course is drowning in romance with a sub current of lust, but it's the romance that feeds visions of a happy cottage into her head, dosed with lots of 'forever after.' So she lets him indulge his carnality with her, liberating all the intoxicating fantasies IN the guy that involve him or feature him in being a powerful studly SOLDIER of high caste, VIGOROUS and HOT. That's his dream and he slips right into that archetype.

Her fantasy has her as a yin concubine maiden, surrendering to his manliness and in such degrees of surrender are tumultuous orgasmic ability, and what that looks like to the passing eye is a  lust loose whore.

Then, the next morning dawns. In his own head, the man does not view himself as responsible. She was. She allured, lured, seduced and provoked him to this excess of carnality. He's ashamed. Men aspire to the highest profiles and models of civilization so what he has just done and enjoyed fills him with self-loathing. If he hasn't sunk beneath the waves of fantasy, he knows with his head that she's a fine, nice girl. But on some civilized level that makes what he did last night seem even worse.

So necessarily, he must think of his hot catch or beloved (whichever it, is,) as dirty laundry. The whore/ Madonna polarity is driving him nuts with ambivalence, infusing him with contempt for the creature he likes bedding down best. Now, it's covert and unconscious contempt at first, not conscious. Just a mild un-ease at hidden burps of violent dislike toward the woman but in most societies, soon enough, the husband begins to "lose it" at times and beat up on his own wife. Nobody knows why males do this. Testosterone maybe is the devil's own hormone. Most psychiatrists claim not to understand spousal abuse. You can check. But one-sided abuse does exist.

Thusly targeted for his chronic anger, his chronic acting out, the wife becomes meek, but meek people hide mighty anger. She has only regrouped. She then unconsciously beings to seek to make HIM WRONG. To make him a fool. To INDICT him permanently as a rat. Reaching for straws or reaching for oak tree reasons, she morphs into either the prim Victorian wife, hating any girl out there with greater beauty or sexuality, being suppressive in tone, embracing religion, being holier than thou or she starts playing COP/ROBBER and sleuthing after her errant hubby's new babe.

That is the attachment to this "wonderful relationship" that she's created showing its jealous face. Her fear of LOSING this monster kicks in  Now to find him ogling girls or bedding them, neither is hard to find.

When she spots his next lass, or plaything, her duty is to hit him with the bible and bust him on his perfidy. Things have already slid past the point of any return. No marriage counselor can save this union, not even if there are twelve kids, if she busts him on his perfidy and causes him to lose face. But that is inevitable. 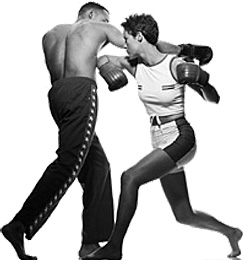 Teeth gnashing, in the spirit of war, her strategy is to play the wronged wife. She will catch him with another woman and expose him to himself as a sneak, a liar and when she's done that, he has "lost face" a more serious infraction than any of us can imagine. Read up how other cultures view it.
In macho cultures (where survival is in perpetual jeopardy and men are jittery and also believe they are super warriors who must be respected every second, 'face' is everthing. A wailing , contentious squaw is an insult to him. The moment he loses face that relationship is over with. In six American states, Community property laws sometimes keeps marriage alive past its own death. Zombie relationships where women have caught their hubby cheating, "busted him to his face" or even before all society in their social set and where money ties keep the couple together, litter the planet.

THE VIOLENCE part is thought to be much worse in rural Asia and the Middle East for some mysterious reason. Once people begin to act out the elegant roles of polite society, the violence becomes symbolic, ritualized and covert but if we sifted through all the broken families on our side of the pond, we'd find the same cycle of passion, disgust, anger, acting out by the man. Then the reaction, usually not to cheat back, but to indict, to become holier than thou, by the woman. Some women do cheat back.

There is another solution. Women need to get over the fiending levels of addiction. Downscale the passion for the man to a preference. Interrupt the flow of hormones a little. I have found that in the heat of the insanity, if the woman meditates, two, three minutes at most, suddenly she can see the insanity of the dance from a thousand feet altitude and figure out what to do to make it cease.

ADDICTION YOGA is necessary to stop a brain fuse from blowing and short circuiting, if done just as the spark starts to rise. Once you've done a minute of Celestial connection, 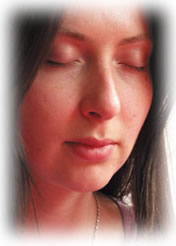 seeing the interplay from above is easy and any woman can achieve a deceptive peaceful kindness, become reasonable and actually see reason. Which is: don't step near the war zone, the edge of the cliff or the Abyss. The eternal, black hole swallows all universes that are not firmly nailed down with the golden spikes of choice, affection, peace and mutual interest.And in a Starbucks hasty.sleepless world, those are in short supply