Obama: long-time CIA asset? OR FRIEND OF THE WORKING CLASS? 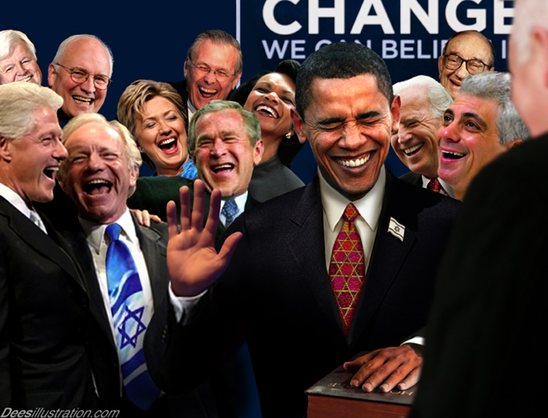 This is hilarious. The people...(haha) Wait... The people... think that we CARE
about them! That we are going to....(hehehe) CHANGE things for the BETTER! Fix foreclosures,give 'em health care, higher salaries (gag!) Can you believe it?

The eye-opener here concerns Obama's first job out of college. He was recruited by Business International Corporation, accused by competent researchers of functioning as a CIA front company. William Blum, a left-wing CIA expert, made the same catch: In his autobiography, "Dreams From My Fathers", Barack Obama writes of taking a job at some point after graduating from Columbia University in 1983. He describes his employer as "a consulting house to multinational corporations" in New York City, and his functions as a "research assistant" and "financial writer".    The odd part of Obama's story is that he doesn't mention the name of his employer.

Not peace but war avidly followed
and trillions on bankers spent
Obama's promises were hollow
He ain't what MY vote meant!

SEE, bosses, friends, jobs, work history, all that TELLS you something about a man. http://www.gregfelton.com/media/2008_12_09.htm tells us how OBAMA follows standard CIA PREDILECTIONS TO A "T" His real mother worked for the CIA in INDONESIA.

BUT THE FINAL TOUCH is...WHO GOT HIM ELECTED? 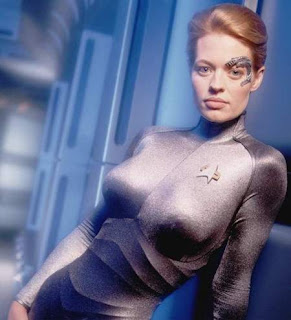 BORG, JERI RYAN, actually GOT HIM elected!
SEE OBAMA'S MOTHER WAS A BORG!

<===OBAMA's MOTHER PART OF INDONESIA MASSACRE. SHE FINGERED THE INTELLECTUALS to HER BOSSES AT RAND THINK TANK, (CIA) FOR ASSASSINATION. 2 million died.

<=== BACK TO THE CONSPIRACY INDEX, "JERRY'S REFRIGERATOR" the other Jerry. Mel Gibson played him.