LUCY AND ETHYL GO TO MEXICO!

This whole JAIL drama with my son in a Mexican prison started the night that my gal pal Babs and I decide we really really wanted to have a shopping vacation in MEXICO. Babs said, "I know! Let's use metaphysics. We can pray for it. People who pray for things  get what they want, all the time!

So, oh boy, we can practically envision the Mexican duty free perfume, the mercados with their chatzke bazaars, the hot juicy enchilada stands, the half buck coconuts, French, hard, milled-soap DUTY free, the big terrace pots that look like carp fish or pigs for 5$ each, oh boy, we're salivating, so we are nothing if not HOLY, we both start praying for all this MAYA --she in Santa Monica with the 2 kids and 2 dogs, me in the valley alone but with 10 cats, God knows how we're gonna feed our animals while we're on this shopping trip but WE both SEE MEXICO in our greedy future see this sumptuous Lucy and Ethyl shopping adventure. That was Nov 3rd.

NEXT DAY, out of nowhere, a Mexican prisoner's L.A.based family calls me. "Lady, YOU MUST GO TO MEXICO AND GET YOUR KID, he's in Prison with our son, who told us your son's suicidal." Well, I bonk my head on the wall a few times! Wrong damn prayer! SHOULDHA HAD A V-8! ANYTHING BUT that toxic wish FOR MEXICO!

Remember story of the three Wishes? First wish, for a lot of money. The door bell rings. Your son died, here's the insurance. Second wish. MAY MY SON be restored to life. Doorbell rings. Mom opens it, son is there, bleeding, head in crook of his right arm, the carpets are getting flooded with oozing blood, he's naked, with a tag on his toe having run from autopsy station. Obviously a dream as no insurance company pays that fast. THIRD WISH. Mom wishes "GET HIM THE HELL OUTTA HERE! Wishes then were all used up! But the person on Twilight Zone or Crypt Keeper show whre I saw this -- sure learned about genies and wishes. As Oscar Wilde said, 'be careful what you wish, you just may get it."

Another instance: my wish to have the 2k ransom money to get the kid out of the calabooze for instance. I have had some dear people offer it. Write me, Two ladies I know most casually online as they receive my free astrology StarPower Map of the MOnth said they'd put fifty bucks in the mail so I could get him out. Ladies, whoever you were, don't send it, write me again. I intend to put VOLUNTEER NAMES on a cyber list on the website  http://home.earthlink.net/~anitaastrologer/ next to the stories that have given us some laughs so far. I'll put 50$ memos up, til we get 40 memos, cuz Babs the trank poping lady with three kids and I are going to Do Lucy And Ethyl in TJ in a Yellow Jeep, shoot it in TJ and ENSENADA and make a madcap movie! 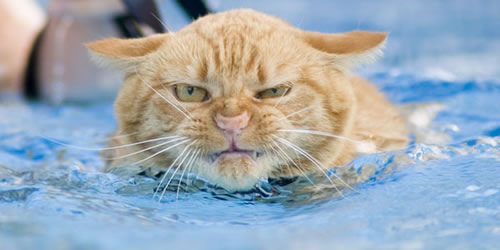 This is some trip we're making. Hey, are we having FUN YET?

Lemme confide in you, When first the two ladies said they'd send 50$ each I had this instant mental picture of me living too near the total money-free zone, always rent-less on the first of the month, turning tragedy into a human cash register! Me with a new gig. HOW TO DIGEST AND EAT AND CHARGE FOR SORROW. I have four kids, forty cats, I can sure come up with more tragedies! I caught myself in this reverie and promptly answered, them" You kind lady, hold the thought. Write it on a memo instead, post it on wall chez toi. I will do same here, (I think I already lost the email and don't remember who they were, granted, coffee's barely had time to kick in this a.m. as I write this.) And if thirty people pledge, and I end up with a full quorum of thirty memos, or is it forty? I'm bad at math, then Babs and I can start checking tires on her bright yellow jeep, changing the oil tune up. Or if it's my car we use, the 83 Honda, creating a turquoise blue tag with SCOTCH tape to give it those lovely refractional HEADLIGHT qualities the legit tags have..

It is then that this guy in Cap d' Antibes in South of France, who I know only as G77 a major political conspiracy theory pal of mine who's now sez he's Dutch, who writes really badly in English, doesn't understand my French or Spanish so I knew he's German but he won't cop to any of it...Well he starts feeling me out, asking "if you had the full two k could you drive there get him out?" I reply "wow, I thought you were a landscaper on that estate, you are something else? LIKE zee OWNER?" Waiting for that answer. Sigh. I just got it. No he said, but I could take out a loan" How disheartening. All anti fascist activists are dirt poor. What is it about that factor? RICH PEOPLE side with fascism automatically? Is that not the CAMEL THRU THE NEEDLE SOCIETY?

But just then my gal pal from LA, BARBARA, the trank Pill Popping Teacher who's game for any lark writes back "hey we can take my JEEP to Baja. I just got my 04 tags. I write her, "You are such a dear to be willing to take me to TJ in your JEEP which of course has been recalled as it's got about nine things wrong with it, but it IS street LEGAL. Look on the bright side. Maybe we can get the thing to hang ten all the way to the border, and BACK. Don't forget back." I can imagine it now. See, I used to write movie scripts, so here's the story pitch I will give the studio when I show them my JAIL VIDEO. A REMAKE of I LOVE LUCY!

SEGMENT TITLE: Ethyl and Lucy Go to Tijuana! They are there to get Desi and Fred out of jail for leaping into the ring to prevent Matador from killing the bull. Problem is Lucy and Ethyl only have enuf money for a few tacos, and the bail. That's all and it's in their purse now. They keep looking at it. Right next to Ethyl's xanax bottle. They aren't sure if they should bail Desi and Fred out before the tacos or after. Moral Quandry just like the real Lucy show. And of course, the devil always takes over cuz they smell tacos in street and think "If we pay for hubbies first, they'd have to share tacos with the boys." That means half as many tacos for them! So they go pig out, carnitas, chicharron, salsa verde, salsa roja. EVEN jalapenos, the kind in vinagrette! They're waddling. Now these two pigs should go to the jail right, get the guys but they also want the French perfume duty free. They wander along the crowded lanes of sumptuous fascinating exotic TIJUANA looking at perfume in windows. A handsome man is smelling perfume and cologne at a counter --vicuna long coat hanging elegantly off shoulders, white Tom Wolfe ice cream suit, spats, wonderful pale straw fedora, he turns, the bottle in hand, spraying the air and suddenly calls to them "WHY HELLO, " he says in heavily accented Ingles, talking fast and joyously then lapsing into Spanish. He is holding up a perfume bottle. Ethyl can smell the perfume in the air, loves it loves him and nods with alacrity. Ethyl takes him for the perfume salesman and starts bargaining in spanish so BROKEN that the guy can't understand it but his response is spanish as after all, she's talking Spanish "Not TEN dollar, TWO DOLLARS." A passing cop hears the bargaining back and forth, can tell prices are being set and busts all three of them the john and the girls for  prostitution.The man is --you guessed it --Gilbert Roland, movie star and he was simply telling Lucy and Ethyl that he and Ricky are supposed to do a film together, and heck, he was just spraying himself with perfume because well, that's what he was doing. By now they're all tossed into jail and who's there, you guessed it, fred and desi. When suddenly the tacos hit the guts of LUCY AND ETHYL who become victims of MOCTEZUMA's revenge. and both are given pails by the Warden.

Now all five of them are locked up, two sick and three pissed and nobody there to bail them out. Just about then my coffee wore off. Reality beckons Gotta go type horoscopes. I still owe monumental natal chart work.

BTW, I look at that letter to the consul in San Miguel and hope the man knows I'm certifiable and over excited. It's a first sip of coffee in the morning kind of mania. But the depressions at end of day are legit, full sized and qualify me for manic depression toll tax, as my non-functioning, leaky inner chamber valves, stressed heart disease w. symptoms of arrythymia and tachycardia which still didn't qualify me for SSI check and I tried 2 times, (3rd try worked) is exacerbated by all this. By night I have almost no pulse, inability to sit up even, keep fainting. US FED Docs kept saying "with no heart enlargement, you just aren't sick enough. We see people with hearts the size of watermelons but come back crazy and you get instant cash. Fed pays off like a Versateller.

Problem is, I'm not a whit crazy. You'll attest to that, right? RIIIIIGHTTT??????

<===BACK TO OTHER FEATURES OF THE ADVENTURE  and the RESCUE