THE ART OF CREATING AN INTENTIONAL COMMUNITY 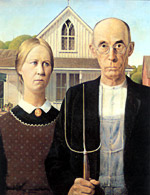 Watching the election and how close to utter CHAOS the TRUMP PRESIDENCY IS --- some people BELIEVE that Intentional communities are gonna be the big thing. Cities are going to EMPTY of: folks who can't afford rents, have no jobs, cant afford food, heat, car registration or CARS. Due to INFLATION. You know, CHICKEN LITTLE alarmists, folks who just aren't having fun here any more, victims of the cop scam they do now, check point charlies to see if registration/ license/  insurance are up to date, and when not and half the time they are NOT, they impound, and it's one month, 3k to get it back so poor folks sacrifice the car. State/city sells car makes beaucoup bucks, doesn't care if they destroy a worker's life. Many other corrupt, heartless ripoffs by the state, LAW 5611, they can take your tent and sleeping bag and Books and food like they did at OCCUPY.  And the way they voted to hike UTILITY rates so our mayor can evict you from the home you own for an unpaid utility bill. Money from your ex house is supposedly to help buy some windmills to make the city GREEN. It is already GREEN...with GREED HIKE RATES DURING THIS RECESSION? PITILESS bastards. Someone should give THEM  a few lifetimes of poverty. So -- read up on INTENTIONAL RURAL COMMUNITIES, It's the KEWL EXIT PLAN!

Stephen Gaskin and his wife Ina created the first noteworthy Intentional community with "The FARM" in the mountains of TENNESSEE. The Gaskins accomplished that feat in the 60's with way less resources than we have at our fingertips today. We're spoiled. We've got the INTERNET. We've got specific homesteading, farming websites that we can GOOGLE UP which link us to specific types of  people with these 'get out of the UNHEALTHY, STRESSED, CRAZY CITY' inclinations!  We've got the Whole Foods Bulletin board to target nature lovers, vegans. To target FREE SEED orgs, and WHERE TO WHOLESALE your organic produce to.. And doing your farm's P.R. so you get tourists and co-pickers by doing a little P.R. with local newspapers. MILLENNIALS can get big newspaper reporters beating down our door to interview us, make our name and fame, attracting several thousand 'takers' to our websites where we sell boxes of ripe fruit.

Not wanting to waste this huge catch in our NETS might inspire us to create a Central Registry of Folks who want to move from the city and do an Intentional Community, or plural, how about hundreds of farms. The black community would really be able to attain happiness this way, get out of the ghettos and projects? You will get takers galore, soon there will be waiting lists. Next find farmers willing to sell half their acreage to a communal neighbor, or  rent to a group. Allow a group to Tenant farmer. Keep the farmers with land on one list and work hard at finding new ones or the whole schmeer would end up being like waiting for a kidney transplant or something. You get farmers and wanna be farmers both to register at the "RICE LIST". (Registry Of Intentional Communities Everywhere... ( Any other suggestion for the E? ) And you could create a business. Take 5% off the top of all transactions, plus a registry fee. Also you could tie in with genuine real estate agents in the villages where great farms are. Or go national, find real estate agents who cover Beanfield Ark or Whipple, TX It's an idea or concept worth pondering -- Taking your family out of the city mess and pulling a few others with you.

The ad would be most effective if you put it under real estate NEEDED (homes or apartments,) and the ad read "my wife and I found beautiful farmland for lease with option to buy. It has a barn, fields, orchard of apples, pears, cherries. Farmer is willing to let us share in the harvest if we prune, spray. He's in his mid-70s ergo wants to lease to young folks He'll show us how to do farm chores. He'll allow us to build 'worker villas' for ten families which means we can stay under rural zoning code. This is one gas tank from our city, or "it takes about five gallons of gas to get to the farm from our city, so it's not far. In the ad state clearly it's a Rural area in X county near the village of X, population X. where they grow cherries/ pears, apples. There is a pig farm a few miles away. The land is not hilly, has  rich bottom soil. Not close to any rivers that would flood. (These are data you need). Would you want to join us in an INTENTIONAL COMMUNITY. I hear good things about this place, sheriff is a two man office very lenient (which u can see, tractors and old cars and fridges in yards, but not visible from our area..." YOU KNOW, doll up an ad that makes the area the right side of lucious. etc.) Then state estimated cost for them to build their own AGRARIAN WORKER  VILLA. Now there is another way to do this, a LAND TRUST and a third way, BUYING the land between ten families.  And that last one entails a feature known only to lawyers: With a tax exempt agrarian foundation, done as an ANONYMOUS CORPORATION, the villa owners are anonymous owners. You buy an off the shelf UTAH corporation for a few hundred bucks, pre aged, Grandfathered in. A lawyer explained it to me. I'll email you the file or click on those above."

What else do we do and where ELSE could we take this plan? Basically it's just to find roomies for OUR FARM, but if one kept putting ads in CRAIGS LIST you'd end up with hundreds of takers. You'd want to make use out of all the fishies in your net. Direct them into doing COMMUNITY GARDENS in the city while they wait for a good farm to show up. For that, create a tax exempt educational foundation, maybe. RICE AND GARDENS will attract cash grants, publicity, newspaper coverage, TV spots on OPRAH. Then, do a book with great pictures, get it published, do a book tour, sell the book at your website. Do a documentary, then do a Cable show. And on and on.

I firmly believe if you do your CRAIGS LIST ad that way, the city folks who  NEED a home/apartment will stumble upon that ad, find you. start an email conversation and through it,  find out who each other are. Many  people over fifty are fed up with high costs in the city, Social Security cutbacks, High cost of taxes, utilities, landlords, the bother of census takers, and the fright of jackbooted city cops. I know that I am. Last nite I had my 27 yr old car which I dearly need to get to market, I'm far from markets... impounded by the police. My sin? My 340$ social security stipend wouldn't pay for insurance and tags.  Making that l0 block run to market on back streets finally got me. I'll be on a bicycle now, 70 yrs old, bad heart..well maybe biking will fix it, & i won't need that open heart surgery. Mebbe. And if you believe that, I've got a genuine German impressionist Kollwitz I want to sell you for l00$

Where were we? Ah yes, --creating an ad that also reads: "Are you into the concept of RURAL INTENTIONAL COMMUNITIES? I've found a 40 acre country patch of good soil, very nice people  near by, and am seeking to fill it up with individual VILLAS for families, a central dining hall, do you want to exit the city?

(Ask for their resumes and I'd include your resume in ad) like "I am a carpenter by trade, know a little about farming, not a lot, but the land abuts a farmer who's kind, wants to train us. He has cows for milk/ goats for cheese. DAIRY and FISH POND both could be our business. One of us carries the smoked fish & cheese to posh food boutiques once a week. Someone with a hybrid car, maybe as it's fifty miles to get to...X city, maybe Knoxville or some Carolina posh Burg that will buy smoked trouth & goat cheese. ) We WELCOME people with yoga gurus, vegan menus, children dogs, cats,  vans, choppers,  Just no needles."

And in the ad, put an URL a live link, to a pic of the land, the farmer, his cow..a real Grant Wood graphic. Your ad should entail a little light reading but it  makes you KNOWN to them, as a witty, intelligent potential ROOMIE. I think the right people would show up but then, I'm an optimist. Hmmm. So if I really were, why would I believe we'll need to escape the CITIES in DROVES as HILLARY will keep us in WWIII and WW IV and .......
is why!

Our POSTER is ANITA SANDS HERNANDEZ, Los Angeles Writer, mother of 4 and career Astrologer. Catch up with her websites  TRUTHS GOV WILL HIDE & NEVER TELL YOU, also The  FUTURE, WHAT'S COMIN' AT YA! & HOW TO SURVIVE the COMING GREAT DEPRESSION, and Secrets of Nature, HOLISTIC, AFFORDABLE HEALING. Also HOW TO LIVE on A NICKLE, The FRUGAL PAGE.* Anita is at astrology@earthlink.net ). Get a 35$ natal horoscope "my money/future life" reading now + copy horoscope as a Gif file graphic!

<------ BACK TO HOW CEOS STEAL A CORPORATION FROM THE STOCKHOLDERS

<==== BACK TO SUCCESSFUL CASH CROP FILE

<==== BACK TO THE RECIPES HIP COOKS SERVE, an INDEX PAGE

<=== BACK TO FRUGAL LIVING TIPS by ANITA SANDS

<===  PORTAL TO THOUSANDS MORE "SUCCESS 101" CLASSROOMS, ALL FREE, NO REGISTERING EVER

COMMON CAUSE, REPUBLISH AS YOU WILL, NO CHARGE/ COST. You will make big $ with ad revenues pouring in.

<===BACK TO TRICKS TO SURVIVE THE FUTURE