INVASION OF THE BODY SNATCHERS! (for folks still running WIN 98)

My old windows 98 Operating System software was supposed to be INVULNERABLE to being hacked, yet here I was, being raped thru a PORT while I watched my third MODEM LIGHT flicker! My hard drive was getting accessed from the outside. It was having its hand held by some stranger with candy. Its  little helpless wheels were grinding all day and all night, its data being shared, copied, stolen, purloined. And I WAS HELPLESS! 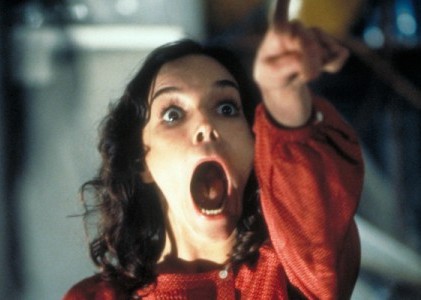 It's in my HARD DRIVE surfing my GALACTIC OVERLORD FILES!

It was like watching your house being burgled, seeing hooligans moving around, silhouetted against the windowshades. Slipping from file to file. The visual clue was that third light on my MODEM kept flashing on off.  And the auditory clue, that GRINDING SOUND. I'd close down, reboot and try to go back to work writing articles that tore them a new one (TRUTH ABOUT GOV) but I'd have to reboot every hour or so to shake the thing off. And they'd still come back.

This was back in February. I know the date cuz I shot emails to all my tekkie pals and in subject lines that day I see: HELP I"m being HACKED! But no one could give me the FIX.  (I show the tips I got below)

It was like LAW AND ORDER, being kidnapped and held for 24 hrs of somebody sucking my data out thru my phone jack. Then sudenly it stopped. As mysteriously as he had started.  The 'thing' had had its fill. It left.

I forgot about it until just now today, March 11th, when I booted, when I got to my desk top, the hard drive continued reading/ copying. GRINDING like a coffee grinder; that is what HARD DRIVE sounds like. Ten minutes out and it's still doing it. AN HOUR out and it's still grinding away. An ELF is inside my pc AGAIN.

I READ: "If the hard drive keeps searching, loading, cycling......in
Windows 98 click 'run', type in "Taskman.exe", then hit enter. This
launches the Windows Task Manager (which is appropriately named). The
first tab "Applications" will show all running applications. An
application that tried to run but for some reason or glitch kept
reinitializing and running several entries of it self, will show up
several times. Delete them all by right clicking each one and clicking
on "end task".

Did it. NOTHING was running.

Checked online tekkies
http://forums.majorgeeks.com/showthread.php?t=102902
The forum said that Windows can defrag on its own! and you should just
do it yourself. And not let it DO ITSELF. Hmmmm. that whole concept
was too complex and I don't think it was about win98  anyway.

One tekkie at that forum, the guy named TIM --said:
'go into msconfig and deselect all the start up items> Then restart
the computer and checking each one by one on progressive restarts to see
if any of those are triggering the harddrive usage?

YEAH RIGHT. If I could do THAT I could go spend a grand buy a new pc and
work WINDOWS 7. And move to NEW YORK OR PARIS

If the hard drive keeps searching, loading, cycling......in Windows 98
click 'run', type in "Taskman.exe", then hit enter. This launches the
Windows Task Manager (which is appropriately named). The first tab
"Applications" will show all running applications. An application that
tried to run but for some reason or glitch kept reinitializing and
running several entries of it self, will show up several times. Delete
them all by right clicking each one and clicking on "end task". Get back
to me.....

I TRIED that. Nothing was running however.

I read on: At various times with any Windows OS the HDD will cycle feverishly. This
is normal. Depending on how you have windows update and
other applications set ( anti virus, adobe apps, etc.) to update.
CPU cycles will be spent updating while your doing other things on the
computer. The bottomline is....how smoothly is your computer operating?

This week my antivirus program is rejecting threat after threat. None
succeed in getting through. No doubt there are many concerns sitting
around trying various methods of accessing our PCs...for what ever
reasons,..... too.

I have that modem hard drive light flickering. a program is going
SYSTEM HACK -- has to be!! HARD DRIVE is being ACCESSED

What antivirus do you use? ZONE ALARM.? It's up. Yet this happened. Well if it's Zone Alarm's fault, there were no forensic clues

Nowhere could I find a tip online. So I decided to use my girlish logic. I saw my original fearful emails were Feb 22nd. I went into all the START UP related software programs I had, in DOS using ZTREE, a file manager, seeking anything downloaded that day.

In C:\windows\start menu\programs\startup I found 3 files microsoft.lnk was one, similar title for other two. THREE INSIDIOUS txt FILES I HAD NOT PUT IN THERE all dated FEBRUARY 22nd! I erased them and rebooted.  HOORAY! THE INVADER was gone. Routed! CHICK INTUITION. DUMB CHICK. NET NEWBIE. By the seat of my pants, I landed a 747!

<===BACK TO THE "WEBSITES FOR DUMMIES" INDEX