Food is a National Security Issue  By Holly Noonan 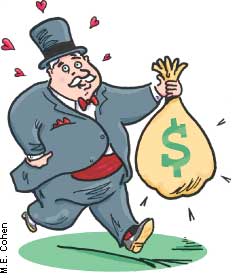 If you haven't read Michael Pollan's October 9th Open Letter to the Next President in the
New York Times, I can't recommend it more highly.

Turn to this article, click on it. Slide through its length. Come back here. This champion of food
writers, a man who has been one of the great heroes of illuminating the unfortunate realities of
our food supply through his book The Omnivore's Dilemma (and many other books and
articles) will actually be in Maine tomorrow night, speaking at Bates College. (I'm gutted I
can't be there. I found out about it too late.)

Michael Pollan finally says it outright: "Food is a National Security issue." He notes that more
than 30 nations have experienced food riots because of shortages in the past several months,
and one government (Haiti) has fallen. He makes the point so clearly as to be unmistakable, that
our policies up to now which have encouraged massive flows of cheap, subsidized commodity
grain to flow unencumbered across global free-trade zones, has been a mistake. The results of
this oil-dependent, unsustainable, non-local food supply system is that the poorest on our planet
are starving right now.

As this article from the Economist notes, "Last year wheat prices rose 77% and rice 16%
(see chart 1). These were some of the sharpest rises in food prices ever. But this year the speed
of change has accelerated. Since January, rice prices have soared 141%; the price of one variety
of wheat shot up 25% in a day." (NOTE 6 mos later, today it's even WORSE! NOV 08)

There are 1 billion of us who live on $1 a day or less and 1.5 billion more who live on $2
to $1 a day. That's 2.5 billion people our of 6.7 billion-- 37% of the whole population of the
planet. This doesn't even count the people in this country and other parts of the developed world
who are hungry. The higher food prices here at home have been painful for us, yes, but the huge
number of hungry people on the planet can be severely politically destabilizing, especially when
this issue is superimposed, as it is, on global economic and environmental crises.

Michael Pollan's article offers some stellar suggestions on how to turn this situation around,
domestically and globally. His main thesis this that we need to radically shift our current
oil-dependent agriculture habits (fertilizing, harvesting, shipping, processing) to sun-based habits
that were employed for the many millennia preceding World War Two. It was only then, 60+
years ago, that we adopted these unsustainable habits.

It was not THAT long ago. My dad's lifetime. Everything my dad ate as a child was organic,
because pesticides were only invented at the end of WWII, when they need a peacetime purpose
for chemical weapons. All prior soil fertility came from the age-old system of crop rotation and
animal waste. All farms were polycultures, with animals AND vegetables doing their symbiotic
thing. Most food sheds were regional and local. The US food policy over the last 60 years has
lead precisely to the current disaster. It was a MISTAKE to encourage farmers to "get big or get
out" and "plant fence row to fence row," to subsidize farmers to grow commodity crops that now
end up as processed food for our overweight consumers. It seemed like a good idea, but it was
not long ago that we started on this path, and it's time to admit the error and get the hell off it.

Yes, change takes time but we are motivated like never before! It's not just the potential (and
actual) political turmoil that is fueling (no pun intended) the turnaround. The second area of
food-as-national-security-issue that Michael Pollan didn't entirely elucidate is that when our
citizens consume themselves into a stupor on industrial commodity foods, it's hard to be on the
cutting edge of anything.

In William Dufty's classic, Sugar Blues, he recounts how there was a German botanist, Leonhard
Rauwolf, who travelled in 1573 through the heart of the Ottoman empire-- the first human
civilization to really get a taste for cane sugar in a big way. Rauwolf wrote, "The Turks accustom
themselves to gluttony and are no more so free and courageous to go against their enemies to
fight as they had been in former ages." Dufty goes on to speculate about the role that sugar
played in the decline of the Arab Empire. 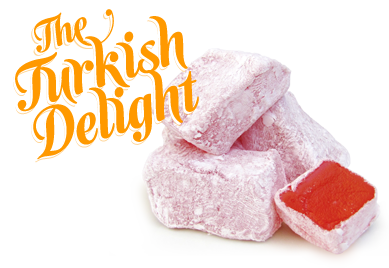 Notice how recent that was: 435 years ago. We haven't had sugar for very long. In fact, Dufty
goes on recount how empires after the Ottoman rose and fell on the sugar trade; first went
Portugal and Spain (the Arabs left sugar cane behind when they left Iberia to the Europeans.)
The sugar trade started with massive profits and then imploded for each of those Iberian
monarchies, not unlike the sugar high and low we are all familiar with after a good binge. Next
came Britain. Now it's us.

In 1700, the average American consumed 4 pounds of sugar per year and now the average  is 170 pounds per American per year (14 pounds  a month per person! HEY it's stats, you can't argue with them. Though I'll suggest that somebody else is eating my share!) We are now using ourselves to gluttony. The reasons are many fold, a combination of personal responsibility and policy that favors the food industry over the health of our citizens, but the result is the same. Our food is undermining our ability to be sharp, to think clearly and to forge our destiny. This is also a matter of national security.

Michael Pollan again; "You cannot expect to reform the health care system, much less expand
coverage, without confronting the public-health catastrophe that is the modern American diet." In
fact, he continues, "unless you (make the reform of the entire food system one of the highest
priorities,) you will not be able to make significant progress on the health care crisis, energy
independence or climate change."

This is big. Food is huge. We underestimate its importance to our future at our peril.