Theyre certainly harsh. Edinburgh professor of linguistics Geoffrey
Pullum says Brown's writing is not just bad; it is staggeringly,
clumsily, thoughtlessly, almost ingeniously bad. He picks out some
excerpts for special criticism. The female lead in Angels and Demons
learns of the death of her scientist father: Genius, she thought. My
father . . . Dad. -- Dead.

A member of the Vatican Guard in the same book
becomes annoyed by something, and we learn that "his eyes went white,
like a shark about to attack." I've seen that happen and it's how the eyes look!
Works for me as a description! Actually, I saw it in a  Beefeater guard at the
Tower of London who came screaming at me for talking to my BF while
we waited. The jewels weren't in that day.

Below we have selected 20 phrases that may grate on the ear. Its not a
definitive list. It couldnt be: he has published five novels, each
around 500 pages long, and the arguments over which are the worst bits
will go on for a while. But its our list. Add your own in the comment
box below.

20. Angels and Demons, chapter 1: Although not overly handsome in a
classical sense, the forty-year-old Langdon had what his female
colleagues referred to as an erudite appeal  wisp of gray in his
thick brown hair, probing blue eyes, an arrestingly deep voice, and the
strong, carefree smile of a collegiate athlete.

They say the first rule of fiction is show, dont tell. This fails
that rule.

19. The Da Vinci Code, chapter 83: "The Knights Templar were warriors,"
Teabing reminded, the sound of his aluminum crutches echoing in this
reverberant space.

Remind is a transitive verb  you need to remind someone of something.
You cant just remind. And if the crutches echo, we know the space is
reverberant.

18. The Da Vinci Code, chapter 4: He could taste the familiar tang of
museum air - an arid, deionized essence that carried a faint hint of
carbon - the product of industrial, coal-filter dehumidifiers that ran
around the clock to counteract the corrosive carbon dioxide exhaled by
visitors.

16. The Da Vinci Code, chapter 4: A voice spoke, chillingly close. "Do
not move." On his hands and knees, the curator froze, turning his head
slowly. Only fifteen feet away, outside the sealed gate, the mountainous
silhouette of his attacker stared through the iron bars. He was broad
and tall, with ghost-pale skin and thinning white hair. His irises were
pink with dark red pupils.

A silhouette with white hair and pink irises stood chillingly close but
15 feet away. Whats wrong with this picture?

15. The Da Vinci Code, chapter 4: As a boy, Langdon had fallen down an
abandoned well shaft and almost died treading water in the narrow space
for hours before being rescued. Since then, he'd suffered a haunting
phobia of enclosed spaces - elevators, subways, squash courts.

14. Angels and Demons, chapter 100: Bernini's Fountain of the Four
Rivers glorified the four major rivers of the Old World - The Nile,
Ganges, Danube, and Rio Plata.

The Rio de la Plata. Between Argentina and Uruguay. One of the major
rivers of the Old World. Apparently.

The Da Vinci Code, chapter 5: Only those with a keen eye would notice
his 14-karat gold bishop's ring with purple amethyst, large diamonds,
and hand-tooled mitre-crozier appliqué.

13 and 12. The Lost Symbol, chapter 1: He was sitting all alone in the
enormous cabin of a Falcon 2000EX corporate jet as it bounced its way
through turbulence. In the background, the dual Pratt & Whitney engines
hummed evenly.

The Da Vinci Code, chapter 17: Yanking his Manurhin MR-93 revolver from
his shoulder holster, the captain dashed out of the office.

11. The Da Vinci Code, chapter 4: Captain Bezu Fache carried himself
like an angry ox, with his wide shoulders thrown back and his chin
tucked hard into his chest. His dark hair was slicked back with oil,
accentuating an arrow-like widow's peak that divided his jutting brow
and preceded him like the prow of a battleship. As he advanced, his dark
eyes seemed to scorch the earth before him, radiating a fiery clarity
that forecast his reputation for unblinking severity in all matters.

Do angry oxen throw their shoulders back and tuck their chins into their
chest? What precisely is a fiery clarity and how does it forecast
anything? Once again, it is not clear whether Brown knows what
forecast means.

10. The Da Vinci Code, chapter 4: Five months ago, the kaleidoscope of
power had been shaken, and Aringarosa was still reeling from the blow.

Did they hit him with the kaleidoscope?

9. The Da Vinci Code, chapter 32: The vehicle was easily the smallest
car Langdon had ever seen. "SmartCar," she said. "A hundred kilometers
to the liter."

Pro tip: when fleeing from the police, take a moment to boast about your
getaway vehicles fuel efficiency. And get it wrong by a factor of five.
SmartCars do about 20km (12 miles) to the litre.

And they say the schools are dumbing down.

7 and 6. The Da Vinci Code, chapter 33: Pulling back the sleeve of his jacket, he checked his watch - a vintage, collector's-edition Mickey Mouse wristwatch that had been a gift from his parents on his tenth birthday.

The Da Vinci Code, chapter 6: His last correspondence from Vittoria had been in December - a postcard saying she was headed to the Java Sea to continue her research in entanglement physics... something about using satellites to track manta ray migrations.

In the words of Professor Pullum: It has the ring of utter ineptitude. The details have no relevance to what is being narrated.

5. Angels and Demons, chapter 4: learning the ropes in the trenches

Learning the ropes (of a naval ship) while in the trenches (with the army in the First World War). Its a military education, certainly.

Angels and Demons, opening sentence: Physicist Leonardo Vetra smelled burning flesh, and he knew it was his own.

Deception Point, opening sentences: Death, in this forsaken place, could come in countless forms. Geologist Charles Brophy had endured the savage splendor of this terrain for years, and yet nothing could prepare him for a fate as barbarous and unnatural as the one about to befall him.

Leonardos surname was not Da Vinci. He was from Vinci, or of Vinci. As many critics have pointed out, calling it The Da Vinci Code is like saying Mr Of Arabia or asking What Would Of Nazareth Do?

yes, stating that the captain was carrying a Manhurin 93 (#12) does add
something for me because I know something about firearms and where
Manhurins fit into police hierarchy. Sorry; there is no Manhurin 92; the
93 followed the 88 and is nothing like it. I realize that knowing about
guns is highly unfashionable these days; perhaps a food discussion such
as what cheez whiz flavor goes best with Two Buck Chuck and escargot
would be more acceptable. I've enjoyed Brown's pedantic style because he
is a pedant. His geography is based on fact even if his history is
questionable.

"A lot of the anti-Brown people in here are really just snobby elitists
who have convinced themselves that they are superior human beings simply
because they care more about grammar than the ability to tell an
entertaining story."

TRUTH IS, READERS LOVED DAVINCI, it is IN THE 5 TOP SELLERS OF ALL TIME 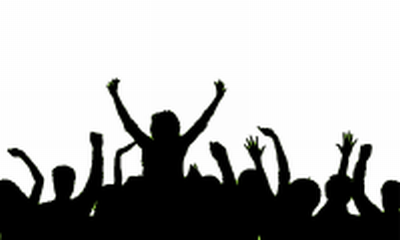 1. Dan Brown's success is unquestionable, the facts speak for
themselves. It's his prose that's questionable. 2. Lists like these are
reductive and, while entertaining, not especially helpful as it pertains
to serious criticism. That doesn't mean these folks are jealous. Much
negative criticism takes the form of lighter fare. Bad books and movies
are almost impossible to review properly. 3.Marquez is the most often
cited author by both "elitists" and "reg'lar folk" as examples of the
others' folly. As with any serious fiction there is no real high ground
to look down one's nose from, only that which one can construct through
rhetoric. 4. Since you have a love of reading (evidence by your
subjection to the aformentioned latin and at leats one Russina tome) I
hope you aren't suggesting not bringing authors' shortcomings to light.
While noble to defend the weaker kid, the writer should be able to
defend himself, or at least hire one with the massive checks he's
cashing. Stephen MacD Brown on September 21, 2009 at 09:43 PM Report
this comment *

"Captain Bezu Fache carried himself like an angry ox, with his wide
shoulders thrown back and his chin tucked hard into his chest."

A READER defended that description sending THIS TO THE WEBSITE:
I had an angry ox (water buffalo) try to kill me once in Vietnam. It
tucked its head down and charged. I jumped through the door of a hootch
after another Marine ran into me and knocked my rifle out of my hands.
The horns were too wide and tall to fit through the door when it turned
its head or I would have died that die. When it took off into the jungle
the thing knocked down trees. I thought the description was good. So
yes, they do throw their shoulders back and tuck their heads down to the
chest. "

RIGHT YOU ARE! And the prize goes to YOU, Mr. Ex VIET NAM G.I!

It's easy to have a go at Dan Brown and ridicule him in this way. Then
again, just because it's easy doesn't mean it's not worth doing!
IT WAS WORTH upwards of TWENTY MILLION to DAN BROWN.
A LOTTA SCRATCH.

Shows to go ya, any cultural cluck can write a novel. Just take
digitals of museums, bodies, tombs, statues and jot the name
down,go home and look the thing up, see its history and
maybe that suggests somethin' to ya.
So to your keyboards, get set, GO!