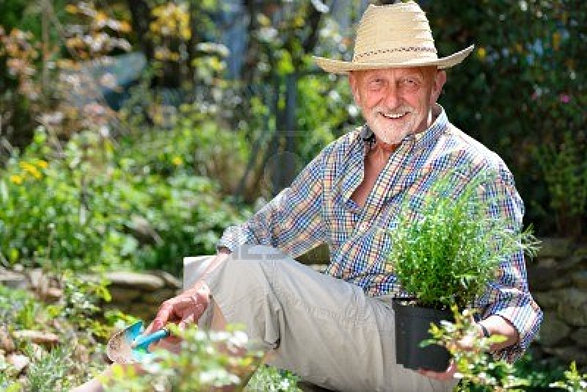 Baby boomer HIPPIES have come of age and they are still flirting with
ideas of cosmic conception and radical, benevolent INTENT! This was on
the BABY BOOMER web site from some angry old hippie guy.

'Some of my friends and I shared a communal house in the 70s. We first
came up with this idea [of doing it again] when we were talking about
the possibility of having to live in assisted living or nursing homes,
and we decided it would be far better to all live together in a big
house with friends we knew and loved. We'd share costs, hire a nurse/cook. Live
like kings. One of my antique ex hippie friends owns a construction firm
and he says he can put an elevator in any home for less than $100,000. "
Though that's not necessary if you have strong seniors using stairs,
the rest in first floor bedrooms.

We have looked at several homes. One  was a beautiful house that
backed onto a huge city park and had a pool and decks all around
and could easily be converted into four private residences.
It was $600,000, which would only be $150,000 per unit. Much
less than the $4,000 a month to have half of a dingy room in a nursing
home that smells like urine with nurses that go through your purses and
bitch slap you if you wet the bed.

Now, getting old is no crate of peaches. I wouldn't blame anyone
for putting up with a nursing home that smells of urine if their own kids would
not take them in. The only thing worse would be putting up with
some old yuppie hippy with a Bob Dylan poster on the wall playing "but she
weeps like a little girl" for hours on end.

Four private residences? Doesn't sound all that communal to me. I can see a dozen
seniors buying a ten unit building or an old motel. Still, I don't
suppose that even with all that 'love' and peace, these geezers can stand each other's
company for that long. Four is a little claustrophobic. A few alliances and a close-out,
you've got one miserable investor in that crowd. So make it twenty people, then it
might work.

"So get the picture: we were talking about the possibility of having to live in assisted living
or nursing homes, and we all decided it would be far better to all live
together in a big house with friends we knew and loved (a little at least,) and hire a nurse
and a cook"  Sounds rather posh, actually.

'One of my friends owns a construction firm' Like as in; those who cut down the trees
and ruined the landscape with ugly suburban housing that their maids/cooks. nurses live in????

I thought people who lived in communes thought it was great to live in log cabins or
teepees, wanted to change the world, etc???  Now they're talking CONDOS? POOL?
Nurses? HIRED HELP? Exactly why the baby boomers were such nauseating HYPOCRITES.
Google up then Read; 'Why the 60's revolution failed.' That's a search term, mind you not a book.

Hire a maid? nurse? A cook?  Can't these geezers in their time of leisure
do their own friggin' cooking? Why would they expect anyone to clean up after
them???? Lazy bastards. Liberal aristocrats.

No wonder the punks gave those smug self satisfied idiots such short
shrift. The 'me' generation. Yuk. Horrible. Endlessly harping on about
their own personal enlightenment and comforts while claiming they were
revolutionaries. Very sneaky.

Ghandi thought it was demeaning to have 'servants' both for the servant and
for the person employing them - and he was right
- it perpetuates the same  system that degrades.

Baby boomers were the sons and daughters of the rich who created the system
that they hated then bought into. In the late 1960's there were a handful of
genuine people wanting change but the
others were justy daddy/mummy hating liberal
middle class kids who briefly went along for the ride; 'fake
revolutionaries'. Fake Liberals. Hippies one moment; yuppies the
next. They 'commodified; the movement - such as it was.Really they never
cut the apron strings they were JUST LIKE
mummy and daddy. Nice sinecures in academia. And always - when it came down
to it - the most reactionary." This is debateable. Guy's having a hissy fit. Liberals
grew up to be those yuppies who did Yoga, meditation, vegetarianism. They carry
clean water with them everywhere, jog, are sexy at sixty. What's wrong with THEM?

The God awful die-hard rightists were preferable even - and thats saying
something. Who were those right wing capitalists of
the 1980's? Hippy Yuppies. Couldn't have come out of nowhere.

So I suppose their karma has come full circle. Except they have lost their
Wall Street investments. sob sob My heart bleeds for 'em.

This is a bitter old man;  he has a huge BUG UP HIS BUTT but he did remember one thing from the sixties, the communal old age home idea. And it's a good one. MAYBE WE DO NEED SENIOR COMMUNES, genuine hippie style. It could be a group INVESTMENT STRATEGY. LOW COST HOUSING, BUILT to have up to TWENTY SENIORS in an "OLD CLUCK CLUSTER." If you croak, your kids own your share and it'll be worth mega bucks. Not too shabby.  So I asked a real estate gal, here's what she said:

It is indeed a hot idea.  Various real estate gurus sell courses on taking
old houses and forming assisted living facilities in order to get Medicare
to pay the rent and get a lot of money per room. But you mean seniors
doing it as their own VILLAGE FOR VIEJOS. Charming. A real movie script..

If the baby boomers form a nonprofit corporation to be an assisted living
facility and rent their rooms from the corporation, they might not only be
able to live relatively cheap but also be able to get Medicare to pay some
of their expenses! If not ALL! Plus since none of them will personally be on the deed,
then the house can't be attached as an asset by any nursing home they may
eventually end up in.  But they could still control the corporation by being
its officers.  If that is too much self-dealing then they could maybe get
others (relatives?) to step in for that role.  I'd ask a lawyer how to set
it up.  A cooperatively owned nonprofit assisted living facility would be
neat.

If they buy the house from another old person who was getting ready to move
to assisted living, part of the deal could be that that person gets a room
in their own house along with the services of the nurse etc.

The house might have to have the right zoning.  It's also a lot easier to
set up an assisted living facility than it is to set up a nursing home.
Sometimes you can get a commercially zoned house that has the ability to be
added onto behind it. Or you can eschew the gov all together, just make it
a big house, a lot of bedrooms, two seniors with similar bedtimes per bedroom.

The geriatrics might consider the fact that as they get older some of them may become
incompetent.  They will have to provide for this in their operating
agreement.  You don't want the treasurer drooling at the board meeting.

I found this link to a lot of manuals for sale on forming assisted living
facilities.  They even have sample business plans and blueprints for
building them. http://www.assistedlivinggroup.com/manuals.html

That anti-yuppie crank (who wrote stuff at top here,) sure has a bug up his butt.  Sometimes old people need to hire help.  My 87 year old grandmother hires a cleaning lady because she's too frail to do her own heavy housecleaning anymore.  And my young uncle has mowed her lawn and taken care of her garden for her for years.  I think she
pays him something for the trouble. That's as it should be.

Working as a domestic for someone in itself is not demeaning to either
party - it creates jobs and either keeps a frail old lady's house clean, or
in the case of "yuppies" frees up the boss to spend their time on more
productive tasks, for example if they work in some kind of skilled
profession that requires them to work many hours and pays well.  If you had
to spend 70 hrs. a week as a lawyer, you too might be tempted to buy some
down time at home (or more time in which you can work at your job) by hiring
a maid service.

What is the demeaning thing, is when someone has an attitude that another
person is somehow subhuman because of whatever reason, including that they
be a yuppie. Or that they're old. Or poor. Or had an odd career.

There are a lot of really wealthy people who do things for a living that
others might consider "demeaning" like being a diesel mechanic, owning a
scrap yard, or having a one-man janitorial service, or even selling rags.
They might not mix with the la-de-da crowd, but mostly it's because they
have little patience for it. I believe Nixon's best friend, Bebe Rebozo, made
his money with old tires, junkyards.

Our POSTER is ANITA SANDS HERNANDEZ, Los Angeles Writer, Mother of 4 and career Astrologer. Catch up with her websites  TRUTHS GOV WILL HIDE & NEVER TELL YOU, also The  FUTURE, WHAT'S COMIN' AT YA! FRUGAL LIFE STYLE TIPS,  HOW TO SURVIVE the COMING GREAT DEPRESSION, and Secrets of Nature, HOLISTIC, AFFORDABLE HEALING. Also ARTISANRY FOR EXPORT, EARN EUROS....* Anita is at astrology@earthlink.net ). Get a FREE natal horoscope "my money/future life" reading now + copy horoscope as a Gif file graphic! No smarter, more accurate career reading out there!

HOW TO TINKER WITH OTHER PEOPLE's BRAINS