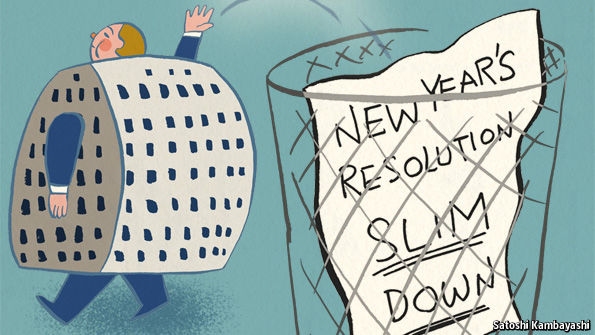 EXTRAPOLATING FROM THE BIG DERIVATIVE PONZI, FROM WHENCE
CAME THE "BIG DEBT WELCH" by ICELAND -- a possible,  INSIDIOUS RIPPLE EFFECT
by Cassandra the Psychic

Did you know that the BRITISH BANKS got SHAFTED BY uppity little ICELAND BACKING OUT OF ITS DEBT TO UK BANKS in 2009. Not a lot of money, just a couple of BILLION and they paid back a few hundred million but take note of the TREND! Saying F.U. to the UK???? The F.U. dominos are just starting to fall! (This was written in 2009. To see what finally happened, go to END OF THIS PAGE as it's an example of what 200 countries can do to the UK/USA banks.) You screw us with derivatives, we will screw you right back!

SIBERIAN FARMERS CANNOT GET SEED MONEY FOR WHEAT FIELDS! BIGTIME FAMINE DUE THERE next year. Oh well, what Russian needs bread? They got BEETS!

Did you know that MEXICANS WILL PAY A QUARTER MORE FOR FOODS THEY IMPORT, so now they'll be having to revert to beans, tortillas, chiles and lard which unknown to advanced civilizations, can entirely sustain life.

THESE THREE SIGNALS show a trend which could end in the THREE BIGGEST BANKS IN the USA CRASHING! Meaning your money will VAPORIZE. FDIC will make you wait 20 yrs as is their right (fine print.)

(You won't spot these trends if you read American news sources. You must go offshore, for news if you want to know the facts as they are not being covered in the American media.)

The Prime Minister of Iceland, Geir Haarde, sent shivers through the  global
financial system  when he asserted that Iceland can not, and will
not pay the foreign liabilities of its banking sector and that the interests of Iceland
will have first priority.

In January 2009, Haarde told a press conference: “The point is this. The total
indebtedness is such that there is no way that the Icelandic population
can take responsibility for the debt these private companies have
incurred. It happens everyday in bankruptcies, that some are burnt.”

British PM Gordon Brown calls Iceland’s behavior “totally unacceptable” and
warned of legal action to recover the  $ 1.74 billion (in UC CY.) loss in Iceland,
especially after the Icelandic government this week passed this week
emergency legislation to deal with the banking collapse. Unlike the British
or U.S. plans, this was not a bank “rescue” plan but legislation that gave
the government the authority to seize any bank or financial company, put it
through a bankruptcy or other procedure that would put the interests of the
Icelandic nation over that of the banks.

Next door to us, Mexico’s peso lost 24% of its value against the US
dollar, making its imports of wheat, corn, beans, milk, and rice 24%
more expensive for MEXICANS. The Peasant Association reported yesterday that
remittances for the month of September fell 29.6%, causing panic in
Mexico. Remittances from the U.S. are Mexico’s second highest earner of
foreign exchange.

On the other side of the world, the financial meltdown that started on
Wall Street is now hurting farmers in Siberia, threatening a Russian
agricultural revival that the United Nations says is needed to help
avert a world food shortage. Cash-strapped Russian banks have cut
funding to a sector already reeling from plummeting grain prices and
soaring borrowing costs. The collapse of the Russian stock market has
closed off the other main money source for Russian agricultural
companies, which produce nine percent of the world’s wheat.

The speculators are not fools. The efforts of US Treasury Secretary
Henry Paulson and his Plunge Protection Team are being overwhelmed, as
the largest volume of financial bets in world history crushes their
bailout efforts, which are unprecedented in scope, but are nevertheless
puny in comparison to the “tumor” they are trying to save.

Derivatives were the great financial innovation of the Greenspan era, in
which casino-style bets on the price movements of currencies, bonds and
stocks replaced the ownership of those items as a way to make money. The
bets thus placed soon far outstripped the levels of the markets upon
which they were nominally based, as derivatives became the prime source
of “profit” for the financial markets. That these “profits” were
entirely fictitious, a fancy form of casino-floor betting chips
(securitization), was considered irrelevant as long as the market was
growing and the “funny money” was pouring in. Last year August, however,
the global financial system died, sealing the doom of the derivatives
game.

Today, the collapse of the derivatives market is crushing the
international financial system, as the speculators fight to save the
fictitious “profits” through the largest bail-out attempt in history.

According to the most recent data for June 30, 2008 released today by the
Office of the Comptroller of the Currency, the three largest American bank
holding companies, JP Morgan Chase, Bank of America and Citicorp, had
current outstanding derivatives contracts totaling $179.4 trillion dollars.
The three banks combined have total assets of just under $5.6 trillion!

Now do you see why the bail-out is not working? And can not work — there
isn’t enough money in the world to cover all these virtual bets, and the
efforts by the central banks to print that money, is fuelling a
hyper-inflationary bomb which will wipe out not only the remnants of the
global financial system, but also the governments, national economies
and the means of existence for most of the world’s population.
Hyperinflation will destroy the value of the US dollar itself, wiping
out pensions, savings, bank accounts, stock portfolios, and all other
monetary values, bankrupting households, businesses and governments,
leaving all the nation-states destroyed, and, effectively, no longer
nation-states.

(Note: Regulation is not the problem in US financial markets; it is
criminality, fraud and no ENFORCEMENT of the law. Wall Streets 'policeman'
have all been paid off or worse, warned off, while the most criminal
actions are being completed. There is no transparency or a willingness
to open the books, it's all hide, obfuscate, lie, delay. It's corrupted
to the core and how will anyone ever trust the place again?... they
won't.)

<==== BACK TO THE MELTDOWN WEBPAGE

<=== BACK TO THE FUTURE INDEX, OTHER SURPRISES COMING SOON