Your Horoscope has a picture of what you were meant to do to attain the big money. Everyone has a MONEY HOUSE RULER, also they have a 6th house JOB /EMPLOYMENT by-others-RULER and they have the 10th house "TRUE MISSION" which is the thing that you promised God you'd do when you got down here. The DESTINED career.  Each ruler of 2nd, 6th and l0th has aspects, sign placement and house placement that further tell us about your destiny. I will do the interpretation on these three factors, plus read the natal TALENTS all for 25$ and send you the results today, emailed to you with NATAL CHART as a GIF FILE IMAGE. Ask for it by name:

For two thousand years, astrologers have determined the Money Karma by looking to see if the Ruler of the second house (ruling the money that comes in,) was strong by sign, house and aspect. Best case scenario would be JUPITER ruling the house, in an earth sign, trine URANUS in an earth sign, Uranus giving the spin of  luck in MEDIA. That would be a TED TURNER type millionaire's chart. Jupiter trine Saturn is also very good, more of a FILM PRODUCER or BANKER's chart. Or theatrical agent.

Another great sign would be your RISING SIGN RULER, it's the personal chart ruler --in aspect to (or linked to,) the 2nd house money ruler, another fabulous sign of wealth. You attract it by what the CHART RULER does by sign, house and aspect.  Ruler in an air sign in trine to URANUS? A writer. Journalist. Documentary maker.

THE MONEY house isn't everything. There is something called the talents and affinities. That would be whatever your ruler is linked to --- say LEO RISES and SUN is your ruler and it is CONJUNCT SATURN like Arnold Schwarzeneggar has ut? So DISCIPLINEs , hard ones, like lifting weights, lead to success. Leo is theatre, actors. Saturn on top of his ruler shows a father who was harsh and tried to develop him as a soldier, made him join the military. Arnold ran a truck into a lake and left Austria. Saturn obstacles! He came to California to do weight lifting, body building fitting Sun/Saturn as the absolute HIGHEST degree of DISCIPLINE and building foundations. Sun/ Sat is an aspect which more US presidents have in natal chart than any other. It rules long slow climb to the top. And eclipse in 6 LEO on him caused California to slip away from him. Transits to that eclipse quickly after, he lost every measure in an election. Scandals surrounded him.

President of North Vietnam HO CHI MINH had Moon exactly conjunct Neptune and Pluto the sign of an actual psychic. And then he had four other planets aspecting those three. And a few others in the PATH of the progressing Moon/Pluto/ Neptune so that every single planet in his chart was interlinked to all the others.

Phenomanal. That's the most linkages I've ever seen. Out of all the soldiers in the region, he was chosen by US MILITARY to run guerilla forces against the Japanese. This was WWII. He was our OSAMA BIN LADEN who ran them for us when RUSSIANS were in Afghanistan. We ran him, armed him, paid him.  From this bit of history I surmise that very successful people just 'get lucky!' From a star perspective, they should have a grouping of planets well chained together, interlinked by aspects. A decade later, HO turned on us and GAVE US VIETNAM FIGHTING OFF FRANCE as a COLONIAL power, and then he fought US off. That guy couldn't lose  a war. Well LOOK AT THE CHART!

Every planet in your natal horoscope has powers through many avenues. First, its sign. Moon in GEMINI like HO he was lucky in Education. RUSSIA put him through all their universities, FREE! HO CHI MINH was a master at using spies as MOON is in its own 12th house. With NEPTUNE AND PLUTO which are secret, hidden avenues of information. COMMUNICATION, a GEMINI talent, was his gift. P.R. WHich is how American found him for WWII. Then, we have the house vibration. That tells us the true story. Third and last, there exists the MISSION or the career KARMA. What you promised God you would do when you got here. What you prepared to do for many lifetimes.

Do that thing and the big money is yours. WHY? Because others are favored karmically to benefit from your success. Especially now with a Major Recession coming up, endemic joblessness, we need to find our SPECIAL CAREER NICHE and be inspired to pursue it, whether job or self-owned business. 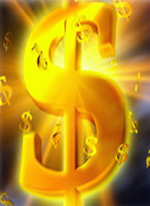 The tycoons who end up having a whopper of a business and hiring hundreds if not thousands of people, find that their initial steps in their career 'went like magic.' Fate helped them. The funders were right in front of them. Their pitches to find outside investors brought instant results. The made in the shade tycoon of tomorrow is part idea man, inventor, part his own 'rainmen' (fund raiser,) those are the outside parts. The inside is KNOWLEDGE that this is your destiny. That I hope to supply you.

YOUR NATAL CHART has a picture of the MONEY HOUSE, THE JOB house and the TRUE DESTINY OR CAREER, and it has the talents, calculated from chart ruler. And I throw in the SEMINARS that fit your horoscope and destiny, too.  All that is usually 100$ now, only 25$.
These are life-changing. We remind you of what you knew and had forgotten, aspired to for many lifetimes and just didn't get to. YET! Once you have the map you go that way with total faith, and doors open instantly.

A 25$ reading, emailed to you, Done from scratch and Natal Horosope will be included as a GIF GRAPHIC.  JUST go to PAYPALand send that sum to astrology at earthlink... not to ANITA SANDS. PAYPAL does it by account name and they know me as ASTROLOGY @ EARTHLINK. NET Oh one more thing, send dob/hour/city of birth so I can do your natal chart immediately. Snail mail me your palms by xerox, later. OR for a cheaper reading, cast the chart yourself! Email append as gif file