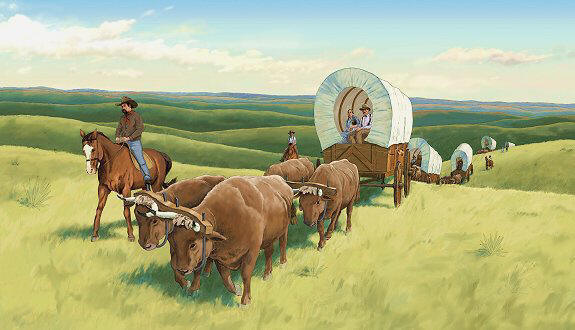 NewYork was Fun for a while but it sure got old fast!

TIRED OF THE SLUMS IN THE BIG CITIES? No longer willing to gentrify some bleak area where WINOS festoon street corners? RELOCATE to green, COUNTRY SPACES! Clean blue air. No street corners at all in fact! FIND SUITABLE land and LODGINGS, my dearest SCRUB MUFFIN, in the vast empty spaces that yearn to be filled with the patter of little sandals. Calling all DEBTORS, all the foreclosed upon, all the tired and weary HOMELESS and JOBLESS!  Everyone with credit card debt up the wazoo facing the spectre of LIVING WITHOUT PLASTIC. Trade that in on what our ancestors did for millions of years, just just pay for life with what you can eke out of the garden. Scorn the PRICEY BIG CITY! There are a hundred best cities in America lists out there. READ UP ON APPALACHIA. Smokey Mountains, Blue Ridge, Ozarks. Another possibility is : http://www.relocateamerica.com/top-100-cities/ Yes, the rumor is true! GORGEOUS TOWNS do exist under blue skies in CALIFORNIA, ARIZONA and UTAH, Arkansas, Texas  and are totally up for grabs! OTHERS exist in the hills of West Virginia, Alabama, Georgia and Vermont. Plus you want to google a list of the best HUNDRED BEST VILLAGES ACROSS AMERICA. Just peruse the many archives online! Be happy, and oh yes, one more thing. Before you vacate your pricey apartment, run up a helluva credit card tab on THE LIST OF THINGS YOU WILL NEED.  These are nails, lumber, a big 8 cylinder truck, a generator, water barrels, tubs of barley, rice, wheat, beans each with a chip of dry ice inside. Garden seed, hoses, portable toilet, toilet paper, sleeping bags, tents. The usual suspects.

#2 SITE is  OGDEN UTAH, home of the OSMONDS. http://en.wikipedia.org/wiki/Ogden,_Utah Here folks earn 34k a year and live just fine. Give it a shot. best of City living and all services combined with a low rent gardeny, country flavor
http://money.cnn.com/magazines/moneymag/bplive/2009/states/UT.html

#4 Gary Null says Texas is the best. Lowest taxes, least invasion of droit de seigneur via taxes and zoning restrictions for farmers. He also likes Vermont and Montana for those qualities but says those two have lousy, bitter weather half the year. http://money.cnn.com/magazines/moneymag/bplive/2008/states/TX.html
STUDY THE AREA  See if mydreamlocale.com is still 'open'

Gary Null said California is heading for huge water problems, to avoid it. But my pals the ranchers in east Texas had to GIVE AWAY dozens of horses. NO WATER.

#5 BODIE CALIFORNIA. In posh Palm Springs, a place with similar weather, hot dry and clear skies...you pay 300$ a day to live, here you pay ZERO. Palm Springs may not want your raggedy ass but BODIE DOES! See:  http://en.wikipedia.org/wiki/Bodie,_California  Blue skies year round. Water comes in from other places as there is little here. RAIN BARREL it tho, just in case. True, California has a bad rep as a high tax state but IF YOU DO NOT BUY Land or SHOW INCOME (and you JUST BARTER YOUR ARTISANRY/ WORK/ SERVICES) then you can life TAX FREE! And you learn to prospect for GOLD. That way you can keep your big city digs, pay rent, light and air fare to go visit when you need a smog fix. PROSPECTING is Easy!

BEST VILLAGES PLAY THE FOREIGN VERSION: Fed up with your country? Create your own!! Last month, a Sydney university sponsored a micronations conference, the first of its kind in Australia, a hotbed of DIY countries. Travel guru Lonely Planet has even published a guidebook - Micronations: The Lonely Planet Guide to Home-Made Nations. These self-appointed rulers fit no universal definition, and really, that's the point. In
a world where people are often defined by their countries, these are countries defined by their people.


DISCUSSION: Now, you tell me that after Hollywood or New York, these cities have a conspicuous LACK OF CULTURE. OK. Like when was the last time you went to the theatre? A concert? Listened to classical music? Hey, you want culture. BE IT. Be the only real piece of culture in a small down. Donate something to humanity. Do you like going into a corner grocery and being charged l0$ for a ready made salad? HUH? What part of WASTEFUL do you not get? Tickets to any play are 50$. Start a little theatre in PODUNK if you love theatre that much. Did you choose to live in the big city so that you could be famous? Maybe you thought local celeb greatness would just rub off on you? OK. Let's take this act out on the road and see if it did!

METHOD: Best way is start giving living room groups now, potluck parties, where you try to take a few dozen other city people away with you. Invite a shrink or psychol to discuss the emotional ties that you think you have to your city. That's what all addicts say about their drug. "It's a part of me, I couldn't function without it." Well, the Great Recession is telling you that you can durn well function without it and had better. Much as you love your city, it cannot rescue you from no rent money, no job, no future.

<==BACK TO THE GREAT RECESSION, THE FUTURE IS NOW WEBSITE

<== BACK TO HOW TO SURVIVE IN HARD TIMES, AN ARCHIVE

<===BACK TO THE AH SHUCKS LET'S GO HIPPIE WEBSITE