ACTUAL ACTION VS. THE FEAR OF NOT HAVING WHAT YOU WANT

Consciously plant seeds for the future now, with action.  Do you see that there is nothing to fear except the fear of not having what you want?Create, --in the moment, --a state of consciousness in which you see that there is nothing to want, no place to go other than the work needed for that future. And you will enjoy that work because you are focusing on doing something wonderful. You're not going anywhere nor do you need to -- as right now, you are busy creating universes, kind of LIKE A GOD. The only thing you do in the moment is to FOCUS on the mastery and perfection of your beautiful, innate talents, ability and potential --- which were there all the time.

Your life is not about thinking, wanting, envisioning what you want but rather is simply about expressing and being what you are in the moment. The trick is to actually BE it. Be what you want to be even if you're the opposite! For instance, if you're overweight, you will actually be a careful eater. Then all the processes that it takes to be thin will occur. The celery and almond butter will fill you up, (give such energy you'll be out playing ball.) What's more, you won’t eat the bag of chips each evening and soon, you'll be thin! 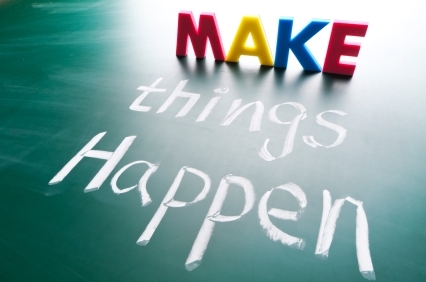 THE LAW OF BEING works the same whether your practice it in the context of achieving happiness, wealth, love, accomplishment, or fame. BEING AND DOING allows you to instantly produce a result.

Just BE that new willpower-filled, talented genius GOD ON EARTH down to your shoes, in your I-ness so the "I" actually IS drenched in this new core of flame and excitement. That fire is part of the process of becoming. The fire of action and being is spiritual but its gears engage and mesh with reality via its existing in time --and why it exists is because you do it now. Now is the time. ACTUAL ACTION isn't a head trip, --no, it's doing / being now so it's actually real. The invisible world doesn't only affect the visible world; the invisible world already IS the perfect model and the perfect accomplishment and everything that we want. The trick is to do IT right now.

Next, your result is coming! Be sure of it. There's nothing to fear. All fear of not having what you want is actually the deflection and denial that occurs in a mind not really focused on this new DOING BEING NOW game.

You want this beautiful thing, person, this money, this talent and this accomplishment. The obstacle for it to occur is that there's a part of us that talks to ourselves inside which says 'I'll never have it, I don't deserve it, I'm not strong enough, not good enough, not beautiful enough to get it. I'm not rich enough, not powerful enough to produce it. Ahh, I'll go eat a bag of chips."

Or you do the trick for a while then people falter. They're in this excitement about trying new disciplines but then, when they actually produce some part of the effect, say they become thin or abstinent or rich then they suddenly don't have a certain friend they want and they find a new thing to be bummed over and they say 'I'll never have any friends at all. People don't like me. I'll go have a bag of chips."

There's always this constant nagging of something inside you saying you'll never have it the way you want it. That toxic conversation is chewing on you, like the presence of a dark being, a Satan maybe, an inner critical parent, disparaging you but not to worry. It's only your own mind diminishing you, beating you up, constantly taking you away from that focused path of actual action now, and the resulting focus, perfect equanimity and balance.

Go right back (every time) to achieving ORDER and if not perfect order NOW, at least an attempt at organizing. Focus on the moment. That is where you plant the seed for tomorrow. Not in a mind, or in plans but in the actual action. Planting the NOW seeds create growth and harmony. On the path of your life, you get to plant such seeds many times a day! You own the path, the property, the richest land, you have the seeds. Focus, kneel and plant it in the now. Here and now is all there is. Good gardeners grow incredible gardens, given time and water but they start now when they plant the seed. Go for it.

"ACTUAL ACTION"is one of several HUNDRED spiritual lessons left us by the Master Jules. I do the transcribing of his tape cassettes turning them into typed files. HIS WEBSITE has some, a dozen or two. I have another hundred typed up, as yet unloaded to the site, if you want to transcribe tapes I have headset, foot pedal recorder thingie. Come by my L.A. house. astrology@earthlink.net is me. Anita Sands Hernandez