HOW TO SLIP OUT OF THE PROBLEM MODE..... 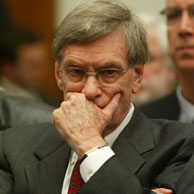 While suffering, while in this time of trial, as you walk thru the 'valley of death', pretend Christ and Moses and Buddha are your lawyers, your fight techs, like a boxer has. They hold your hand.

They say one thing repeatedly to you:. "Don't worry We're just playing a game, if you wanna freak out, you know, we can stop, do you want us to STOP or do you want to learn to really FIGHT when problems are around. ARE you ready for SCHOOL NOW? Or do you want to postpone semester start until a year from September? Or do you want to focus now and use the training we've given you?

They're talking the game of playing at "YOU ARE WHO YOU ARE" and the game illusion of THIS LIFETIME and the illusion of bad karma earned in others, and the game of limitation and judgment. They know they're playing a game, it's illusion, it's dress-up, it ain't no big shit. It's not serious business, it's a game. They can stop any time they want to. You can stop any time you want to ... but you don't believe it. You're banging your head against the wall in your job and your life --saying it hurts, why do I have to do this? I don't like it.

You're a powerful enough being that you can stop playing any game. They can stop, can you? There's the real challenge. That's what you need to find out for yourself. If I stop playing this game, what do I play instead? You're afraid to stop playing the game because there's nothing to fill the gap. You don't know what to do instead. DO? You say? Yes, Start with "what do I want to feel?" "What brings me joy? What do I want to experience instead of this fear, attachment?"

And then remember, whatever game you're playing, whatever role you're in, whatever battle you're in, whatever job you're doing, whatever life plan you laid out for yourself, you can always stop. It's your choice. It's not a case of anything that's mandated or that you're gonna get a black mark cause you stopped. All of the heavens will cheer when you stop WANTING TO CONTROL EVERY MOMENT OF LIFE which is the REAL inflicting pain on yourself.

Just FIGHT THE FIGHT the way a tiger does. JOY IN CLAWS! RELISH! Go with the flow. You're in a time of trail. Fight the battle but lightly, moment to moment. Don't get so attached that passion shows in your voice. When they ask, ANSWER.

When they attack, let them. Your power lies in your defenselessness. Don't flinch. Let their slices, cuts, bangs pass thru you. Don't get insulted. Don't think for a second 'oh I don't deserve this,' cuz you probably do. If you don't that's great too. Neither is better than the other. In the scrimmage, just tell the truth simply. Answer the questions they ask. BE WITHOUT past, be without guilt. Let this immortal battle occur the way you step out into tropical RAIN. Naked, body face turned up to sky, sweet rain on skin. The way a cat gives birth to kittens. Purring.