According to Alfred W. McCoy in "The Politics of Heroin in Southeast
Asia", CIA arms, money, and disinformation enabled Corsican criminal
syndicates in Marseilles to wrestle control of labor unions from the
Communist Party. The Corsicans gained political influence and control
over the docks — ideal conditions for cementing a long-term partnership
with mafia drug distributors, which turned Marseilles into the postwar
heroin capital of the Western world. Marseilles’s first heroin
laboratones were opened in 1951, only months after the Corsicans took
over the waterfront. See Gene Hackman film "THE FRENCH CONNECTION." 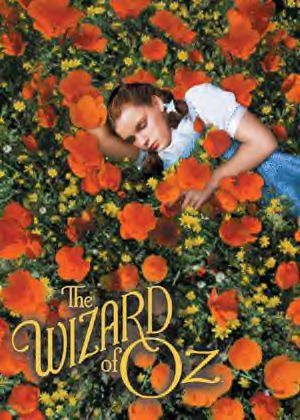 The Nationalist Chinese army, organized by the CIA to wage war against Communist China, became the opium barons of The Golden Triangle (parts of Burma, Thailand and Laos), the world’s largest source of opium and heroin. Air America, the ClA’s principal airline proprietary, flew the drugs all over Southeast Asia. (See Christopher Robbins, Air America, Avon Books, 1985, chapter 9) And it is a known fact that French addicts were brought to military bases to sew pounds of heroin into the bodies of GI's in the airport, in the hanger, at night. They were shipped with this 'bulge' back to America and opened before the families and mortuaries got them. POUNDS of drugs came back to AMERICAN GHETTOS, and to our high school children.

1950s to early 1970s, INDOCHINA During U.S. military involvement in Laos and other parts of Indochina, Air America flew opium and heroin throughout the area. Many Gl’s in Vietnam became addicts. A laboratory
built at CIA headquarters in northern Laos was used to refine heroin. After a decade of American military intervention, Southeast Asia had become the source of 70 percent of the world’s illicit opium and the major supplier of raw materials for America’s booming heroin market. IT WAS ENTIRELY RUN BY THE US. GOV as a way of raising SECRET CASH BY THE MILLIONS  which they could use for DIRTY TRICKS, ASSASINATIONS, PHOENIX PROGRAM.

The REVENUE FROM ALL THOSE DRUGS had to be parked somewhere and salary checks written off it. So the CIA created the Nugan Hand Bank of Sydney ...100% a CIA bank --in all but name. Among its officers were a network of US generals, admirals and CIA men, including fommer CIA Director William Colby, who was also one of its lawyers. With branches in Saudi Arabia, Europe, Southeast Asia, South America and the U.S., Nugan Hand Bank financed drug trafficking, money laundering and international arms dealings. In 1980, amidst several mysterious deaths, the bank collapsed, $50 million in debt. (See Jonathan Kwitny, The Crimes of Patriots: A True Tale of Dope, Dirty Money and the CIA, W.W. Norton & Co., 1 987.)

NOW the CIA thinks it out. HEROIN is kind of a DULL DRUG, and has that HIGH CRIME downside as junkies have to burgle up l00$ a day, let's go for a rich man's drug. So what's this COCAINE INVENTION? Let's switch merchandise. For more than a decade, Panamanian strongman Manuel Noriega was a highly paid CIA asset and collaborator, despite knowledge by U.S. drug authorities as early as 1971 that the general was heavily involved in drug trafficking and money laundering. Noriega facilitated ”guns-for-drugs” flights for the contras, providing protection and pilots, as well as safe havens for drug cartel otficials, and discreet banking facilities. U.S. officials, including then-ClA Director William Webster and several DEA officers, sent Noriega letters of praise for efforts to thwart drug trafficking (albeit only against competitors of his Medellin Cartel patrons). The U.S. government only turned against Noriega, invading Panama in December 1989 and kidnapping the general once they discovered he was providing intelligence and services to the Cubans and Sandinistas. Ironically drug trafficking through Panama increased after the US invasion. (John Dinges, Our Man in Panama, Random House, 1991; National Security Archive Documentation Packet The Contras, Cocaine, and Covert Operations.)

The San Jose Mercury News series BY GARY WEBB who they assasinated, documents just one thread of the
interwoven operations linking the CIA, the contras and the cocaine cartels. Obsessed with overthrowing the leftist Sandinista government in Nicaragua, Reagan administration officials tolerated drug trafficking as long as the traffickers gave support to the contras. In 1989, the Senate Subcommittee on Terrorism, Narcotics, and International Operations (the Kerry committee) concluded a three-year investigation by stating:

“There was substantial evidence of drug smuggling through the war zones on the part of individual Contras, Contra suppliers, Contra pilots (like Eugene Hasenfus, an American whose plane fell down with Bush's phone number in his pocket,) and all kinds of mercenaries who worked with the Contras, and Contra supporters throughout the region…. U.S. officials involved in Central America failed to address the drug issue for fear of jeopardizing the war efforts against Nicaragua…. In each case, one or another agency of the U.S. govemment had intormation regarding the involvement either while it was occurring, or immediately thereafter…. Senior U S policy makers were nit immune to the idea that drug money was a perfect solution to the Contras’ funding problems.” (Drugs, Law Enforcement and Foreign Policy, a Report of the Senate Committee on Foreign Relations, Subcommittee on
Terrorism, Narcotics and Intemational Operations, 1989)

In Costa Rica, which served as the “Southern Front” for the contras
(Honduras being the Northern Front), there were several different
ClA-contra networks involved in drug trafficking. In addition to those
servicing the Meneses-Blandon operation detailed by the Mercury News,
and Noriega’s operation, there was CIA operative John Hull, whose farms
along Costa Rica’s border with Nicaragua were the main staging area for
the contras. Hull and other ClA-connected contra supporters and pilots
teamed up with George Morales, a major Miami-based Colombian drug
trafficker who later admitted to giving $3 million in cash and several
planes to contra leaders. In 1989, after the Costa Rica government
indicted Hull for drug trafficking, a DEA-hired plane clandestinely and
illegally flew the CIA operative to Miami, via Haiti. The US repeatedly
thwarted Costa Rican efforts to extradite Hull back to Costa Rica to
stand trial. Another Costa Rican-based drug ring involved a group of
Cuban Amencans whom the CIA had hired as military trainers for the
contras. Many had long been involved with the CIA and drug trafficking
They used contra planes and a Costa Rican-based shnmp company, which
laundered money for the CIA, to move cocaine to the U.S. Costa Rica was
not the only route. Guatemala, whose military intelligence service —
closely associated with the CIA — harbored many drug traffickers,
according to the DEA, was another way station along the cocaine highway.

Additionally, the Medellin Cartel’s Miami accountant, Ramon Milian
Rodriguez, testified that he funneled nearly $10 million to Nicaraguan
contras through long-time CIA operative Felix Rodriguez, who was based
at Ilopango Air Force Base in El Salvador. The contras provided both
protection and infrastructure (planes, pilots, airstrips, warehouses,
front companies and banks) to these ClA-linked drug networks. At least
four transport companies under investigation for drug trafficking
received US govemment contracts to carry non-lethal supplies to the
contras. Southern Air Transport, “formerly” ClA-owned, and later under
Pentagon contract, was involved in the drug running as well.
Cocaine-laden planes flew to Florida, Texas, Louisiana and other
locations, including several militarv bases Designated as ‘Contra
Craft,” these shipments were not to be inspected. When some authority
wasn’t clued in and made an arrest, powerful strings were pulled on
behalf of dropping the case, acquittal, reduced sentence, or
deportation.

ClA-supported Moujahedeen rebels  engaged heavily in drug trafficking
while fighting against the Soviet-supported govemment and its plans to
reform the very backward Afghan society. No good deed goes unpunished.
THE CIA would do everything they could to get the SOVIETS out.
The Agency’s principal client was Gulbuddin Hekmatyar, one of the
leading druglords and leading heroin refiners.
CIA supplied trucks and mules, which had carried arms into
Afghanistan, were used to transport opium to laboratories along the
Afghan Pakistan border. The output provided up to one half of the heroin
used annually in the United States and three-quarters of that used in
Western Europe. US officials admitted in 1990 that they had failed to
investigate or take action against the drug operabon because of a desire
not to offend their Pakistani and Afghan allies. In 1993, an official of
the DEA called Afghanistan the new Colombia of the drug world.

While working to keep key Haitian military and political leaders in
power, the CIA turned a blind eye to their clients’ drug trafficking. In
1986, the Agency added some more names to its payroll by creating a new
Haitian organization, the National Intelligence Service (SIN) which was
purportedly created to fight the cocaine trade, though SIN officers
themselves engaged in the trafficking, a trade aided and abetted by some
of the Haitian military and political leaders.

<======FOR OTHER files on CIA DEALING DRUGS to AMERICAN CITIZENS
THEN JAILING THEM FOR USING 'EM ... READ GOV SECRETS INDEX PAGE