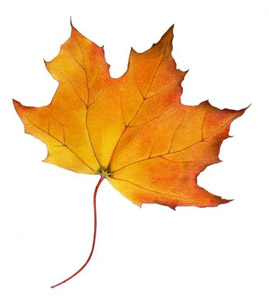 YOU WANT A STRAIGHT ANSWER ? ASK A CANADIAN. My pal told me her canadian friends have complaints about the system. They have DR BIRDIE. That's who they're signed up with. The prob is, if they are the least bit demanding, Birdie can terminate them and then they have no doc at all and she thinks they said they cannot get another one. izzatso? Are there long lines in Canadian FREE HEALTHCARE? So I ask this Canadian I know, farmer, natureman, big old house, dear wife, and a furry Himmy cat.  He responds: "No that's not true. You can go to any doctor you like, the only limitation is that there's a shortage of general practicioners because twenty years ago the doctors themselves pushed to reduce the number being trained so they could pump up their own wages. This has left many without family doctors and to see a specialist you need a referral from a GP. That still isn't a problem though because there are many available at walk-in clinics (free) who can either treat you themselves or make the appropriate referrral.

Most complaints are from well-heeled aging baby boomers who want to get
MRIs and hip replacements faster than anyone else because they have money.
Also the insurance companies (I'm certain Americans are involved as well)
are constantly pushing propaganda suggesting a private system like yours
would be better...... for them but not for everyone else and most people
aren't buying it.

There's many complaints about waiting times. In fact, they're not
really that bad and it's mostly just whining because if you need prompt
attention you will get it. My father was given a quadruple bypass on short
notice (free) and my wife who had contracted hepatitis C from a blood
transfusion thirty years ago was quickly put into a program that would have
cost hundreds of thousands of dollars where you are and all I had to do
(because of my income) was pay a portion of the drug costs. I bought
$50,000.00 worth of drugs for about $800.00 over the course of a year. If

I'd had no income it would have been free. Oh, and she's cured and looking and feeling better than any time I've
known her. If you're seriously injured, got cancer or major heart problems etc. you
will get immediate treatment. Those that complain are either the arrogant wealthy (who despise the
poor to justify their privilege), greedy opportunists who'd like to make
money off people's suffering or just whiners that can't get what they want
when they want it.

The system's not perfect....but it's pretty damn good in my opinion and
vastly better than the criminal, fraudulent racket that passes for health
care in the States.

Yours is probably the wealthiest nation (for the time being) in the
industrialized world yet you rate somewhere behind Latvia in health care yet
it costs much more than ours. Your leaders (and a few loudmouths here)
would sooner spend public money greasing financial criminals and
slaughtering foreigners that mean you no harm than look after you own
people. It's disgraceful.

<===BACK TO THE EASY BREEZY SOLUTION TO HEALTH CARE REFORM WEBSITE